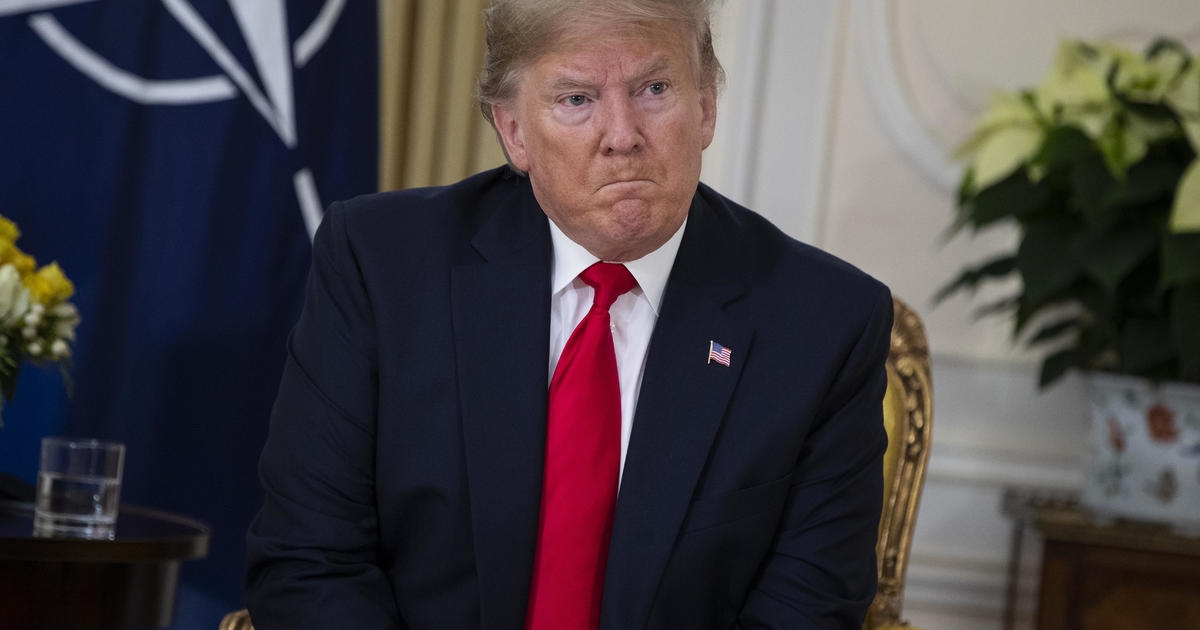 London — President Trump, who has repeatedly threatened to withdraw from NATO, surprised many by kicking off a two-day visit to London on Tuesday for the transatlantic alliance’s annual summit by defending it against criticism from France. Mr. Trump called French President Emmanuel Macron’s suggestion that NATO had suffered “brain death,” “very insulting.”

Mr. Trump said it was a “very, very nasty statement, essentially to 28 countries. Nobody needs NATO more than France.”

The 70-year-old NATO alliance was founded to defend Europe from the Soviet Union. Today, it’s supposed to be a united effort to guarantee the freedom and safety of member countries, but as CBS News correspondent Paula Reid reports,  there is plenty of infighting.

“We are making real progress, most importantly on the burden sharing,” NATO Secretary-General Jens Stoltenberg said, adding that Mr. Trump’s “leadership on defense spending is having a real impact.”

“When I came in, I was angry at NATO, and now I’ve raised 130 billion dollars,” Mr. Trump said, referring to the amount Stoltenberg says European members and Canada will have added to their collective defense budgets by 2020. “And yet you still have many delinquent — you know I call them delinquent when they’re not paid up in full,” Mr. Trump added.

Of NATO’s 29 members, only nine spend at least two percent of their GDP on defense. The United States is reducing its contribution to NATO’s central budget, Reid reports.

But even in London, Mr. Trump could not escape questions about the ongoing impeachment inquiry in Washington.

“This is a witch hunt by the Democrats. It’s a continuation — it’s been going on for 3 years,” he said.