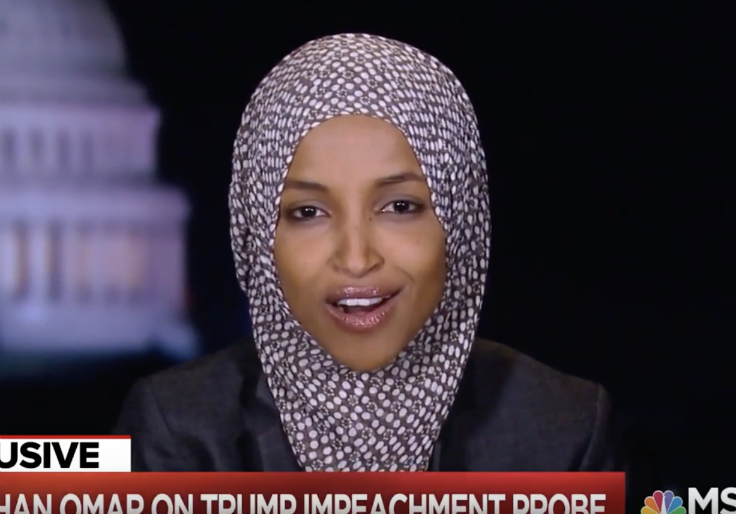 “You’ve had mob bosses who have committed atrocity after atrocity, have violated our criminal codes of conduct, and we got them on one narrow case,” Omar said.

Omar made the comment on MSNBC’s The Beat, prompting host Ari Melber to ask whether she was making a comparison to Capone.

“Congresswoman, it sounds like you are artfully making a comparison on the legal precedent to this president and Al Capone—” Melber said.

Despite overseeing several other crimes, including murder, during his tenure as a mob boss, Capone’s eventual arrest and conviction was famously on the basis of tax fraud.

While Omar has called for Trump to be impeached before his infamous phone call with Ukrainian president Volodymyr Zelensky in late July, she told Melber she now believes Trump’s alleged “bribery plot” is the best path towards impeachment.

“I believed that there were multiple reasons for us to move impeachment on this president, and right now I think it is really important for us to have it be narrowed because this is a very concise case, regardless of the shenanigans that the Republicans are engaged in at the moment,” Omar said.