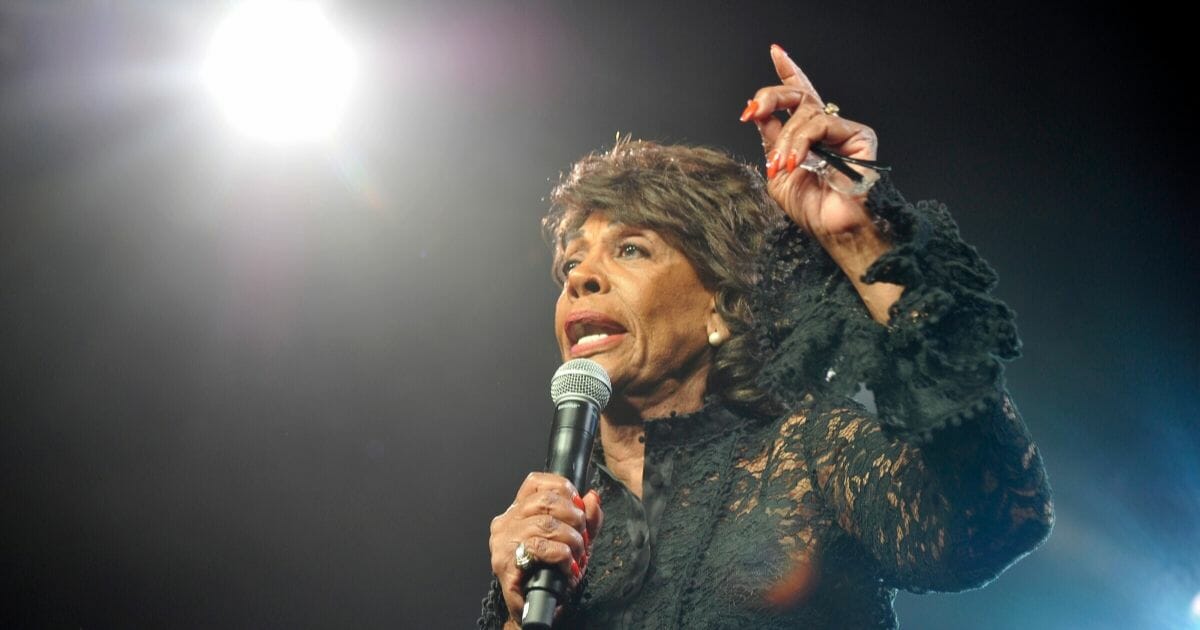 Rep. Alexandria Ocasio-Cortez of New York and other progressive “squad” members on the House Financial Services Committee are reportedly frustrated with Chairwoman Rep. Maxine Waters of California for being too moderate.

Ocasio-Cortez confirmed to Politico, “There’s sometimes been some tensions.”

The lawmaker lamented that pro-business Democrats on the committee get their way too often out of concern for protecting swing-state members.

Others on the committee felt the frustration between the two wings of the party.

The most recent dust-up was about legislation to reauthorize the Export-Import Bank.

The agency guarantees loans for U.S. goods sold aboard.

Do you think Ocasio-Cortez is the future of the Democratic Party?

Democratic Rep. Jesús “Chuy” García of Illinois told Politico he would like to see progressive members work more closely with their party colleagues on the committee.

“I thought we would be acting as a more cohesive force,” he said. “Individually we do it, we approach each other. But we have yet to develop an agenda I would say that we agree or formed a consensus around. Maybe that comes in Year 2.”

In April, GOP Rep. Warren Davidson of Ohio, who sits on the Financial Services Committee, accused Ocasio-Cortez and her allies of trying to resurrect Obama-era Operation Choke Point practices.

Operation Choke Point was a Justice Department and Federal Deposit Insurance Corporation initiative launched in 2013 and aimed at cutting off banking services to certain businesses, according to the Competitive Enterprise Institute.

Some of the unfavored transactions targeted by federal regulators included the sale of firearms, ammunition, fireworks, dating services, tobacco products and payday loans.

Davidson told The Western Journal that Ocasio-Cortez “essentially in several statements tried to revive the practice of using the financial system to win a debate that they’ve already lost.”

“Trying to use the financial system to effectively say, ‘You’re not going to bank with those people, are you?’”

Davidson offered the example of the Democratic congresswoman’s interchange with Wells Fargo Bank CEO Timothy Sloan, when he appeared before the Financial Services Committee in March.

Ocasio-Cortez began her questioning by saying, “I’m interested in the human rights abuses, and environmental disasters that some say are financed by your bank, Wells Fargo.”

She then went on to cite financing the construction of prisons, for-profit Immigration and Customs Enforcement detention centers and the Dakota Access Pipeline as the types of projects the bank should not be financing.

Davidson argued this sort of pressure campaign against companies engaging in lawful commerce is wrong.

“It’s a backdoor way to block lawful activities like selling guns, or building pipelines, or producing cars that use internal combustion engines, or raising cattle,” he said.

Politico reported in March that Ocasio-Cortez and Pressley were trying “to shame the lenders into taking a stand on some of the country’s most divisive issues: climate change, gun violence and immigration.”