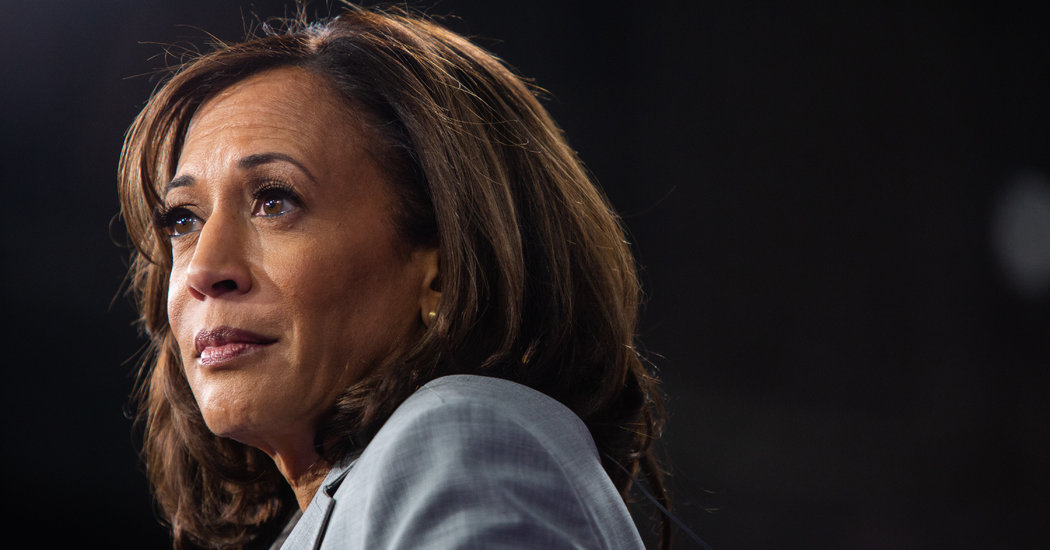 Senator Kamala Harris of California dropped out of the Democratic presidential race on Tuesday after months of low poll numbers, a dramatic comedown for a campaign began with significant promise.

The decision came after upheaval among staff and disarray among Ms. Harris’s own allies. She told supporters in an email on Tuesday that she lacked the money needed to fully finance a competitive campaign.

“My campaign for president simply doesn’t have the financial resources we need to continue,” Ms. Harris wrote in the email.

The announcement is perhaps the most sudden development to date in a Democratic presidential campaign where Ms. Harris began in the top tier. She began her campaign on Martin Luther King Jr. Day with comparisons to historic black politicians like Barack Obama and Shirley Chisholm. Her speech that day in Oakland, Calif., had more than 20,000 people in attendance, giving credence to the idea that Ms. Harris could become the first woman of color elected president.

But Ms. Harris, the barrier-breaking prosecutor and second black woman to serve in the United States Senate, was almost immediately overcome with questions about where she fit on the party’s ideological spectrum. She reversed her position on single-payer health care, removing herself from the Medicare for All bill sponsored by Senator Bernie Sanders of Vermont. She struggled with how to frame her record as a prosecutor, oscillating between defending it against progressive criticism and embracing it in a play for more moderate votes.

Ms. Harris also faced questions about her political strategy and her campaign’s organizational structure. She relied on a stable of California political strategists, led by longtime political operative Averell “Ace” Smith, who did not heed warnings from grass-roots organizers to further invest in early voting states like Iowa and New Hampshire. Instead, the campaign focused more heavily on later primaries in states with more nonwhite voters, including South Carolina and California.

They miscalculated. Former Vice President Joseph R. Biden Jr. remained popular with black voters, preventing the campaign from making significant traction in South Carolina. In California, she was increasingly boxed out; progressives such as Mr. Sanders and Senator Elizabeth Warren of Massachusetts had excited the state’s liberal wing and Mr. Biden persisted among moderates.

Still, Ms. Harris had already qualified for the next presidential debate, scheduled for later this month, the only non-white candidate to do so thus far. Without her, Democrats may have an all-white debate stage after beginning the primaries with their most racially diverse field in history, though candidates like Representative Tulsi Gabbard of Hawaii and businessman Andrew Yang may still qualify in the coming weeks.

In recent months, Ms. Harris had struggled financially as her online fund-raising slowed and her large donors increasingly turned away from her campaign. In the third quarter of the year, she spent more than $1.41 for every dollar she raised, burning through millions of her treasury. She stopped buying ads, both online and on television, implemented layoffs, slashed staff in New Hampshire and retrenched to Iowa, where she spent the Thanksgiving holiday with her family.

But it was not enough, as the determination was made that she did not have enough financial resources to compete, even as a new allied super PAC began reserving ads on Tuesday.

“As the campaign has gone on, it’s become harder and harder to raise the money we need to compete,” Ms. Harris wrote to supporters.

This is a developing story and will be updated.