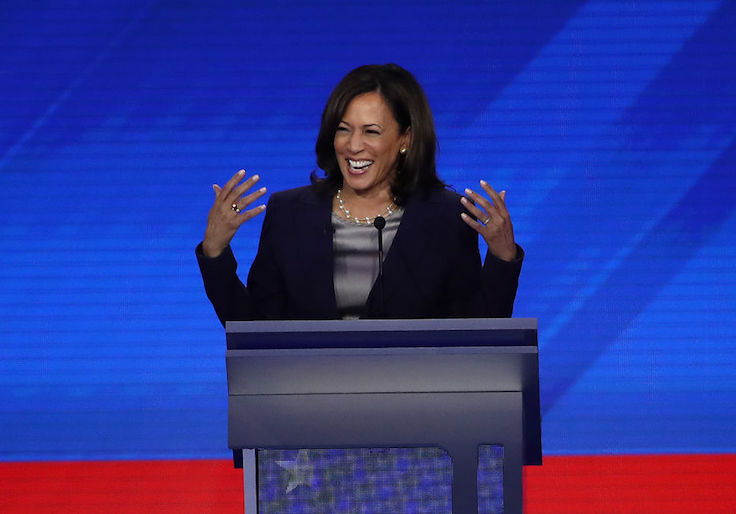 California senator Kamala Harris on Tuesday ended a presidential campaign that never really took off, telling supporters in an email that she “simply doesn’t have the financial resources…to continue.”

Harris’s campaign was, from the outset, plagued by issues from the candidate’s vision and lack of preparation to infighting amongst senior campaign staff and a struggle to raise the money necessary to keep her organization afloat.

Harris’s parting email also took a dig at two candidates still in the race, billionaires Tom Steyer and Michael Bloomberg, noting, “I’m not a billionaire. I can’t fund my own campaign.”

“I’ve taken stock and looked at this from every angle, and over the last few days have come to one of the hardest decisions of my life,” the email said. “My campaign for president simply doesn’t have the financial resources we need to continue.”

It’s a swift and stunning fall for a candidate who was, at the outset of the Democratic primary contest, considered one of the most formidable contenders in the race. The former California attorney general briefly surged to the top of the polls after sparring with former vice president Joe Biden during the first primary debate in June but proved unable to capitalize on the dramatic moment.

Harris dropped out before the deadline to remove her name from California ballot. Losing in her home state would have been a humiliating defeat that her early departure from the presidential contest allows her to avoid.

More common during Harris’s 11 months on the campaign trail were her struggles to define a position on health care, something Democratic frontrunner Biden mocked as an attempt to “have it every which way.” Primary rival congresswoman Tulsi Gabbard (D., Hawaii), also hounded Harris for her record as California’s top cop, during which she put thousands of Californians behind bars for marijuana-related offenses. Both issues proved damaging for Harris on the campaign trail and in Democratic debates.

“Senator Harris said she was proud of her record as a prosecutor and that she’ll be a prosecutor president but I’m deeply concerned about this record,” Gabbard said, citing a Washington Free Beacon investigation that revealed Harris had jailed over 1,500 people people for pot-related crimes. “She put over 1,500 people in jail for marijuana violations and then laughed about it when she was asked if she ever smoked marijuana.”

Harris, who hailed herself as a “top-tier” candidate even as she fell in the polls, found herself going on the offensive against Gabbard in the most recent debate in November. Gabbard remains in the race.

Political analysts immediately floated Harris as a potential vice presidential pick for the eventual Democratic nominee. In her letter announcing her exit from the race, Harris said she will do “everything in [her] power to defeat Donald Trump.”

Brent Scher is executive editor for the Washington Free Beacon. He graduated from the University of Virginia, where he studied foreign affairs and politics. Prior to joining the Beacon, he worked for WTOP and the American Enterprise Institute’s Political Corner. Brent is originally from New York City and now lives in Washington, D.C.