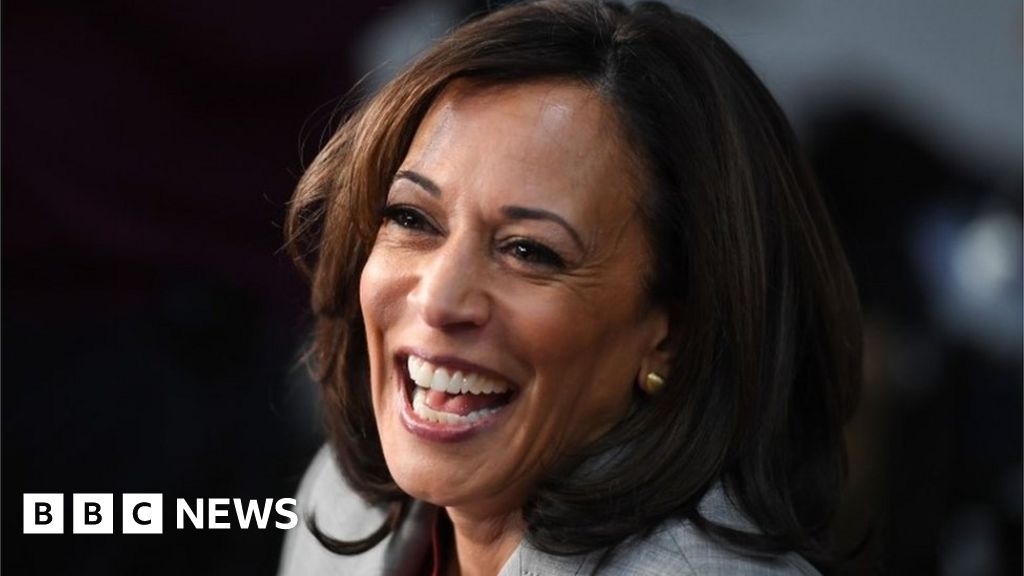 Democratic White House hopeful Kamala Harris is dropping out of the presidential race.

The California senator’s campaign seemed full of promise when it launched in January, but she struggled to make headway in a crowded field.

In November her cash-strapped bid laid off staff at its Baltimore HQ and in New Hampshire and her home state.

The 55-year-old, a vocal critic of President Donald Trump, was once seen as a rising star within the party.

But she could not establish herself in the top tier of candidates alongside Joe Biden, Bernie Sanders and Elizabeth Warren.

Ms Harris entered the race as a front-runner after launching her bid to a crowd of 22,000 in Oakland, California, at the beginning of the year.

She reached double digits in the polls after attacking Mr Biden on the issue of race during a live TV debate in June, but she began to lag in recent months.

To my supporters, it is with deep regret—but also with deep gratitude—that I am suspending my campaign today.

But I want to be clear with you: I will keep fighting every day for what this campaign has been about. Justice for the People. All the people.https://t.co/92Hk7DHHbR

“I’ve taken stock and looked at this from every angle, and over the last few days have come to one of the hardest decisions of my life,” Ms Harris said in an email to supporters on Tuesday.

“My campaign for president simply doesn’t have the financial resources we need to continue.

“I’m not a billionaire. I can’t fund my own campaign. And as the campaign has gone on, it’s become harder and harder to raise the money we need to compete.”

She held a conference call with staff on Tuesday to inform them of her decision.

Her husband, Douglas Emhoff, tweeted a message of support to her.

He added: “I have mixed emotions about it because she is really a solid, solid person, and loaded with talent.

“I’m sure she’s not dropping out on wanting to make the changes she cares about.”