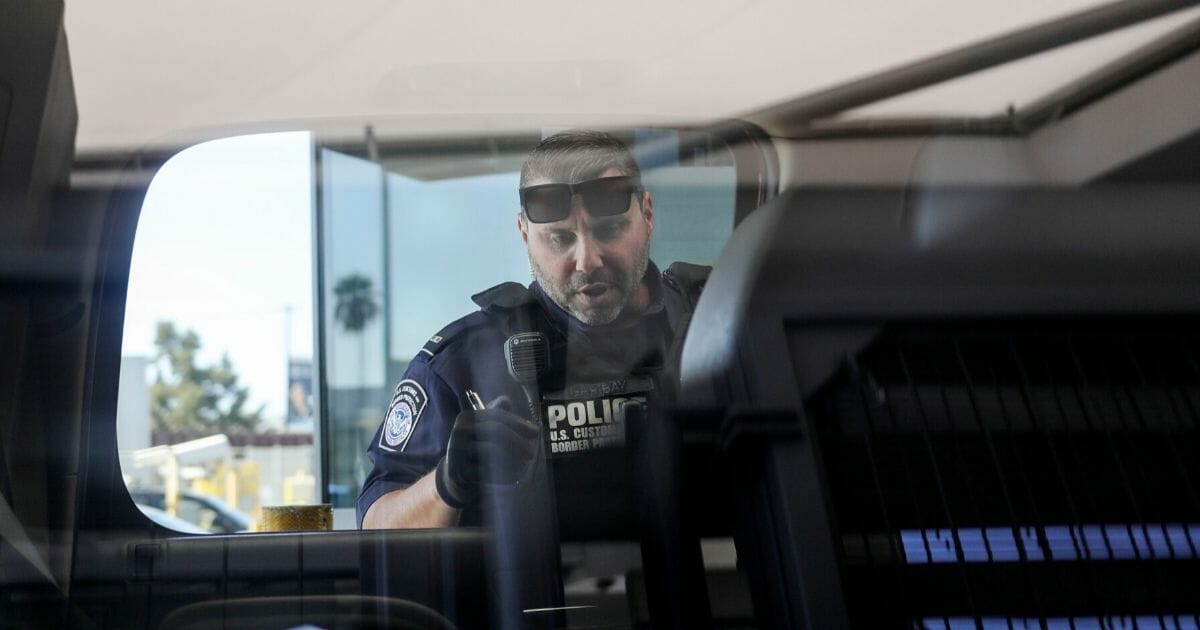 In practice, local authorities often release criminal illegal immigrants back into their communities to re-offend against innocent civilians rather than hand them over to federal immigration officials to be processed and removed from the country.

The Daily Caller News Foundation reported on Saturday on the latest example of that practice in Philadelphia, where an illegal immigrant accused of committing violent sex crimes against children was twice released from custody in spite of a detainer placed on him by Immigration and Customs Enforcement.

Hector Moran-Espinoza, a Guatemalan national residing illegally in the U.S., had been arrested on charges of sexual abuse against children on two separate occasions in 2019. On both occasions, he was summarily released back into the community instead of handed over to ICE after the agency had lodged detainer requests on him.

On Wednesday, ICE issued a news release detailing how the Philadelphia Police Department had purposely stymied the agency’s efforts to take custody of Moran-Espinoza and process him for deportation.

Moran-Espinoza was first arrested on April 2 and charged with an extensive list of criminal charges, including “involuntary deviate sexual intercourse by forcible compulsion, unlawful contact with a minor-sexual offenses, statuary sexual assault, endangering the welfare of children-parent or guardian commits offense, corruption of minors, indecent assault-without the consent of other person, reckless endangerment of another person, rape by forceable compulsion, sexual abuse of children-photographing, videotaping, depicting on a computer or filming sexual acts, and aggravated indecent assault without consent.”

Despite his long list of crimes, Moran-Espinoza was released from custody after ICE lodged the detainer on him.

Just over a month later, Philadelphia police again arrested Moran-Espinoza on May 9 and charged him with even more crimes against children, including “unlawful contact with a minor-sexual offenses, corruption of minors, indecent assault of a person under 13 years of age, reckless endangerment of another person, and endangering the welfare of a child-parent or guardian commits offense.”

“In both cases, ICE’s Philadelphia Enforcement and Removal Operations (ERO) lodged an immigration detainer on Moran the same day of the arrest, and each time Philadelphia Police Department did not honor this detainer and released this predator onto the streets,” the news release said.

Do you think sanctuary policies for illegal immigrants actually place their communities in greater danger?

“By releasing a criminal with multiple offenses, the Philadelphia Police Department is putting their city at risk by letting this individual roam free to potentially harm the most vulnerable, our children.”

ICE Philadelphia Field Office Director Simona Flores-Lund said, “We are seeing politicians put their political agendas above the safety of the citizens they serve.”

“The victims in this case are young children, whose lives are now forever changed,” she added. “This monster was released not once, but twice, without notifying ICE. We are committed to strengthening our relationship with local law enforcement, as we want nothing more than to keep our communities safe.”

The Daily Caller noted that Moran-Espinoza’s release is not an isolated incident. The Democrat-controlled city of Philadelphia has gone to great lengths to express its opposition to the Trump administration’s immigration policy, particularly with regard to its sanctuary policy that explicitly forbids cooperation by local law enforcement with federal immigration officials.

In two other cases in October and November, the city released illegal immigrants charged with sex crimes who had ICE detainers lodged against them. Fortunately, as with Moran-Espinoza, ICE was able to capture the criminals on its own.

Jurisdictions with sanctuary policies often claim those policies are intended to protect innocent illegal immigrants who’ve otherwise done nothing wrong from being apprehended and processed for deportation.

But as the ICE release explained, by not honoring detainers and instead releasing criminal illegal immigrants onto the streets, the agency is forced to go into those communities in search of their targets, often coming across other non-targeted individuals who end up being apprehended and processed when they otherwise wouldn’t have been.

Furthermore, forcing ICE to apprehend dangerous criminal illegal immigrants outside of the safe confines of a courthouse or jail increases the risk of a violent encounter that can place others in jeopardy.

President Donald Trump has attempted to do what he can to counter the sanctuary policies put in place by Democrats but has been blocked by Congress and the courts at every turn. Hopefully, this latest example of the terrible repercussions of spiteful non-cooperation should help him succeed at doing away with those policies once and for all.