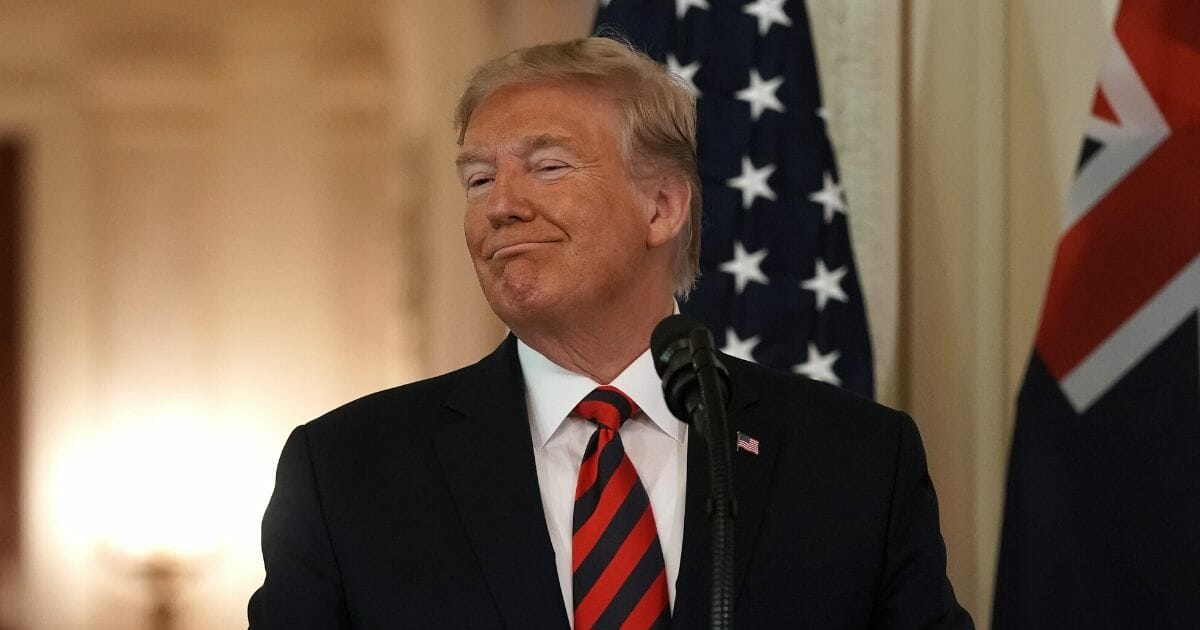 House Republicans made a point-by-point rebuttal of the Democrats’ impeachment case against President Donald Trump, arguing there was no evidence of wrongdoing in relation to his July call with the Ukrainian president that would give rise to an impeachable offense.

“The evidence presented does not prove any of these Democrat allegations, and none of the Democrats’ witnesses testified to having evidence of bribery, extortion, or any high crime or misdemeanor,” Republicans said in a 123-page report, according to Fox News.

The GOP lawmakers released their report ahead of a final review of the report generated by the Intelligence Committee, which is chaired by Rep. Adam Schiff of California.

The Democratic majority is expected to have a final vote on its report on Tuesday.

The document will certainly seek to support the Democrats’ central claim made throughout the public hearings earlier this month that Trump abused his power by asking President Volodymr Zelensky to look into alleged wrongdoing by former Vice President Joe Biden and his son Hunter Biden in their dealings in Ukraine.

“The Democrats’ impeachment inquiry is not the organic outgrowth of serious misconduct; it is an orchestrated campaign to upend our political system,” the Republicans wrote.

“This impeachment inquiry and the manner in which the Democrats are pursuing it sets a dangerous precedent.”

Nunes, Jordan and McCaul pointed out that Trump did not communicate on his July 25 call a quid pro quo of military aid for an investigation into the Bidens.

Do you think Trump will win a second term?

The aid was released on Sept. 11 and Ukraine did not open a Biden investigation.

Trump also met with Zelensky later that month at the United Nations with no pre-conditions.

At that time, the Ukrainian president said he did not feel pressured to investigate the Bidens or anyone else based on what Trump said during their phone call.

“The impeachment of a president is one of the gravest and most solemn duties of the House of Representatives,” Nunes, Jordan and McCaul wrote. “For Democrats, impeachment is a tool for settling political scores and re-litigating election results with which they disagreed.”

The Republicans’ report is said to track closely with an 18-page memorandum the GOP offered last month ahead of the impeachment inquiry’s public testimony.

“Stripping away the hyperbole and hysteria, these indisputable pieces of evidence show that there was no ‘Treason, Bribery, or other high Crimes and Misdemeanors,’ as required by the U.S. Constitution,” the memo reads.

Before departing for a NATO meeting in London on Monday, Trump directed reporters to Zelensky’s recent interview during which he reiterated there was no quid pro quo discussed between them.

“If you notice, there was breaking news today,” Trump said. “The Ukrainian president came out and said very strongly that President Trump did absolutely nothing wrong. That should be case over.”