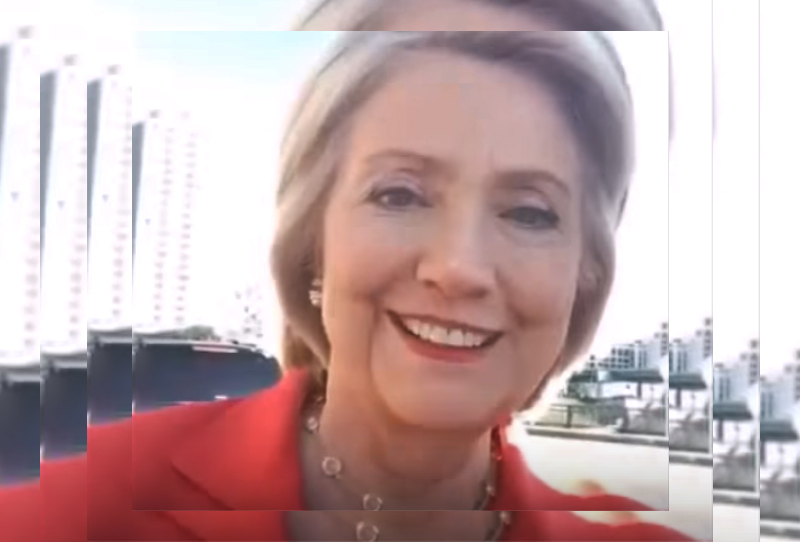 Failed politician Hillary Clinton has officially become an easy punchline for even the dullest of the establishment Democrats running for president in 2020.

Sen. Michael Bennet (D., Colo.), the son of a former State Department official and alum of the elite St. Albans School in Washington, D.C., is apparently still running in the Democratic presidential primary. To remind us of that fact, Bennet tweeted out the following video from the campaign trail in Iowa.

Back in June 2015, Hillary recorded a Snapchat video in which she uttered the now infamous line while showcasing a “Chillary Clinton” drink koozie from her campaign store.

The failed attempt at human emotion occurred after the candidate launched her campaign and embarked on a road trip to Iowa from one of her mansions in New York. Hillary’s 1,000-mile journey in a luxury “Scooby van” brought us some of the most memorable moments from the 2016 election, like the time she stopped at a Chipotle and no one recognized her.

Similarly, who could forget the time a small army of political reporters sprinted awkwardly after Hillary’s van in a desperate quest to shout questions at the candidate who would go on to suffer a humiliating defeat at the hands of Donald Trump? It was one of the saddest moments ever caught on film.

Hillary Clinton might be a punchline now, but odds are she’ll have the last laugh when she’s standing on the convention floor in Milwaukee next summer as the “unity candidate,” once the fractured, demoralized Democratic Party comes to its senses and concludes that she really is the best it has to offer.