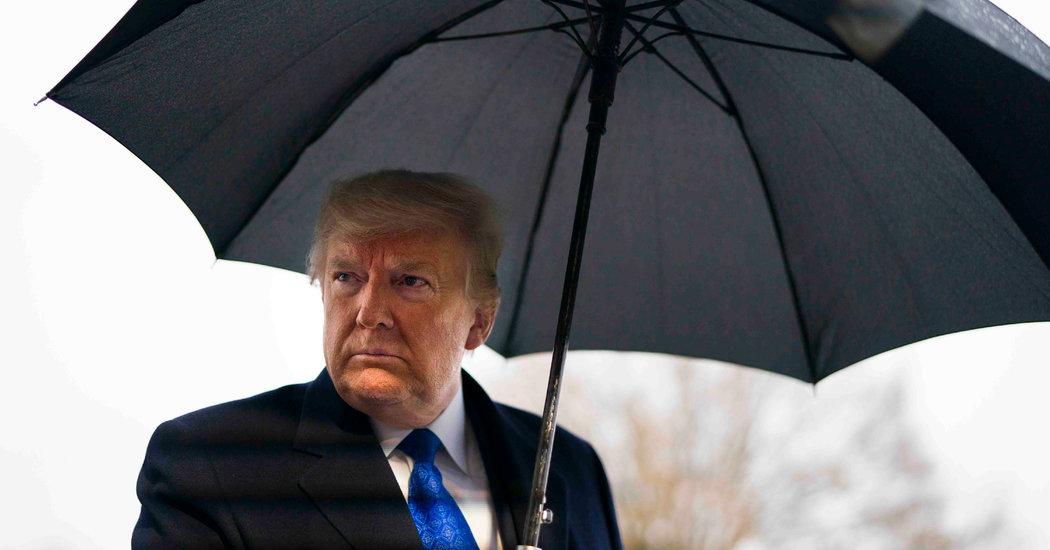 WASHINGTON — The Trump administration said on Monday that a new French tax that hit American technology companies discriminated against the United States, a declaration that could lead to retaliatory tariffs as high as 100 percent on French wines.

It could also jeopardize international efforts to negotiate a truce on so-called digital taxes.

The announcement from the Office of the United States Trade Representative ended a monthslong investigation into the French tax, which hits companies like Facebook and Google even though they have little physical presence in France. The investigation concluded that the tax “discriminates against U.S. companies, is inconsistent with prevailing principles of international tax policy and is unusually burdensome for affected U.S. companies.”

It recommended tariffs as high as 100 percent on certain French imports valued at $2.4 billion, including cheese, wine and handbags.

France’s economy and finance minister, Bruno Le Maire, on Tuesday denounced the tariff threat as “unacceptable” and said that Europe would come ahead with a “strong response,” without elaborating on possible retaliatory measures.

“This is not the sort of behavior we expect from the United States toward one of its main allies, France, and toward Europe in general,” Mr. Le Maire said an interview with Radio Classique.

The Trump administration suggested it could open similar investigations into digital taxes proposed by Italy, Austria and Turkey.

The finding does not immediately impose tariffs on French products such as wine, which was already hit with a 25 percent tariff in October in a separate dispute, but it allows the president to impose them if and when he chooses. It could also upend an effort led by the Organization for Economic Cooperation and Development to unite 135 countries around a shared system of taxing technology companies and other multinational corporations, which leaders had hoped would come together in 2020.

An escalation of tensions between France and the United States would complicate any resolution to those negotiations.

The French government approved a new “digital service tax” this year on online economic activity, which would hit large American tech companies widely frequented by French citizens. French leaders have expressed concern that their government has not been able to capture revenue from companies that sell or advertise online in France, a concern that is shared by a growing number of countries, including Britain and India.

President Trump’s trade representative responded to the French tax by opening the investigation into whether it unfairly targeted American companies. In July, the president threatened to impose tariffs on French wine as a response to the new tax.

But in August, French and American leaders reached a 90-day agreement to pause the dispute and allow multinational negotiations to proceed on an ambitious global agreement on taxes that would extend well beyond technology companies.

Those talks, which include an array of countries and multinational corporations, are making progress, said Bart le Blanc, an Amsterdam-based partner and tax adviser at the Norton Rose Fulbright law firm. But such an agreement would require countries like France to scrap their individual digital taxes, he said.

“There seems to be room for everybody to agree to this proposal,” Mr. le Blanc said, “if everything falls into place.”

While past administrations have treated European leaders as close economic allies, the Trump administration has taken a more adversarial approach. Mr. Trump has accused the Europeans of manipulating their currency and the terms of trade to export more goods to the United States than they import from it. He has threatened a variety of tariffs to block European goods from American markets.

In October, his administration slapped tariffs on French aircraft, wine and cheese and a range of other European products after the World Trade Organization gave the United States permission to impose levies on up to $7.5 billion of European exports annually. That decision was part of a long-running trade case about subsidies provided to the European plane maker Airbus.

On Monday, the World Trade Organization issued another ruling saying that Europe’s efforts to reform its subsidies had been insufficient and that its aid to Airbus still ran afoul of global trade rules. In a statement, the Office of the United States Trade Representative said it was starting a process to assess whether to increase its tariff rates or place levies on new European products.

The Trump administration has also considered other types of tariffs that do not have the approval of the World Trade Organization. Mr. Trump threatened to tax European cars, but chose to let a Nov. 13 deadline to impose those tariffs lapse last month.

Some in the administration have discussed opening a new investigation into European trade practices, under a legal authority known as Section 301 of the Trade Act of 1974, that could allow Mr. Trump to levy more tariffs, people familiar with the discussions said. That is the same sort of investigation that the administration conducted in the case of the French digital tax.

But there is no concrete sign that the administration has begun those machinations yet.