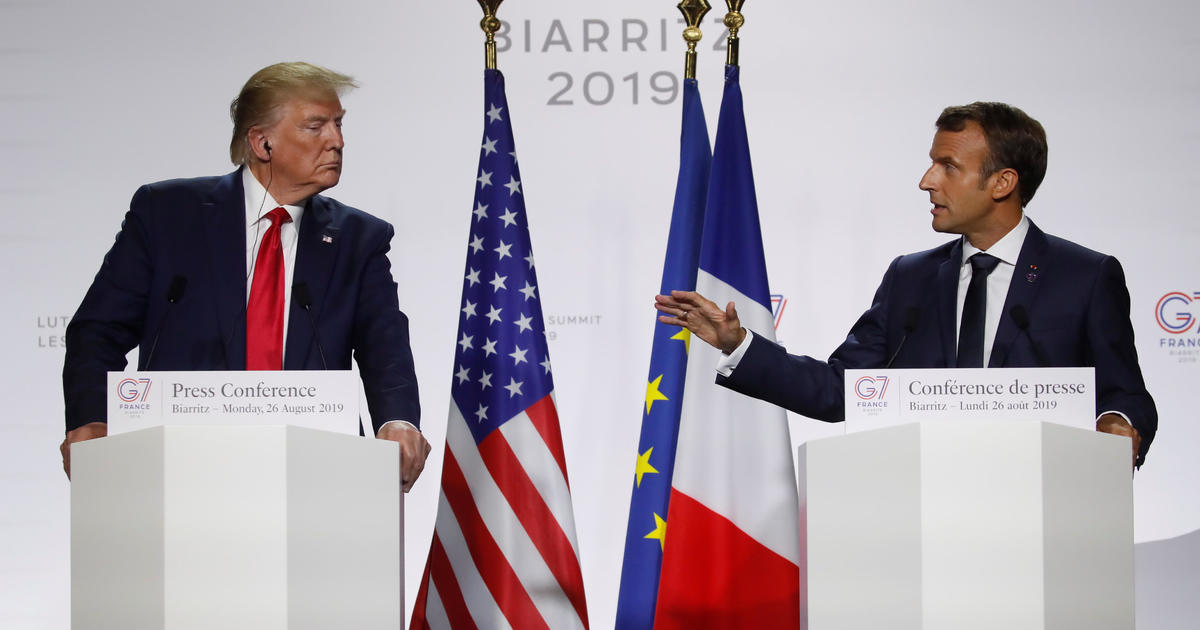 “We were in contact yesterday with the European Union to ensure that if there are new American tariffs there will be a European response, a strong response,” Le Maire told Radio Classique.

On Monday, the United States threatened to impose tariffs of up to 100 percent on $2.4 billion in French goods in retaliation for a digital services tax that Washington says is discriminatory.

The U.S. and China are already embroiled in a trade war and U.S. President Donald Trump said tariffs would be reinstated on Argentina and Brazil, accusing them of manipulating their currencies and hurting U.S. farmers.

French sparkling wine, yoghurt and Roquefort cheese are on the latest list of goods that could be targeted as soon as mid-January, after a report from the U.S. trade representative’s office found the digital tax penalises American tech companies such as Google, Apple, Facebook and Amazon.

The decision “sends a clear signal that the United States will take action against digital tax regimes that discriminate or otherwise impose undue burdens on U.S. companies,” U.S. Trade Representative Robert Lighthizer said in a statement.

Le Maire told Radio Classique on Tuesday that the U.S. threat was unacceptable.

“This is not the sort of behavior one expects from the United States with respect to one of its main allies, France, and to Europe in general,” Le Maire said.

Lighthizer had also warned that Washington was considering widening the investigation to look into similar taxes in Austria, Italy and Turkey.

“The USTR is focused on countering the growing protectionism of EU member states, which unfairly targets U.S. companies, whether through digital services taxes or other efforts that target leading U.S. digital services companies,” he said.

The tariff announcement is likely to increase tension between the United States and Europe. The U.S. is already readying tariffs on $7.5 billion in EU imports over illegal subsidies for the European aircraft giant Airbus. The World Trade Organization on Monday gave the U.S. a greenlight to impose those levies, ruling that the EU had not complied with an order to end the subsidies.

The announcement also came just hours before Mr. Trump was due to meet his French counterpart Emmanuel Macron on the sidelines of the NATO summit in London on Tuesday.

What the French tax does

The French tax, enacted earlier this year, imposes a three percent levy on the revenues earned by technology firms in France, which often come from online advertising and other digital services.

The tax affects companies with at least 750 million euros ($830 million) in annual global revenue on their digital activities.

The French tax targets revenue instead of profits, which are often reported by tech giants in low-tax jurisdictions like Ireland in a practice that has enraged governments.

The USTR report “concluded that France’s Digital Services Tax (DST) discriminates against U.S. companies, is inconsistent with prevailing principles of international tax policy, and is unusually burdensome for affected US companies”.

The USTR has scheduled public hearings on the proposal to impose “duties of up to 100 percent on certain French products” and the possibility of “imposing fees or restrictions on French services.”

The last date to submit comments on the proposed actions is January 14, and “USTR expects to proceed expeditiously thereafter.”

The list of French products subject to potential duties includes cosmetics, porcelain, soap, handbags, butter, and several kinds of cheeses, including Roquefort, Edam and Gruyere. However, despite Mr. Trump’s repeated threats to retaliate against French wines, only sparkling wine made the tariff list.

Industry groups welcomed the report, with the Information Technology and Innovation Foundation saying in a statement that France’s tax is “narrowly and inappropriately targeted to raise revenue only from the largest companies in a small set of industries, many of them American”.

“We respectfully urge the United States, France, and all participating governments to focus on a successful and lasting tax policy resolution” at the Organization for Economic Cooperation and Development (OECD), she said in a statement.

So far, efforts to find a global solution to the dispute over digital taxes have not been successful.