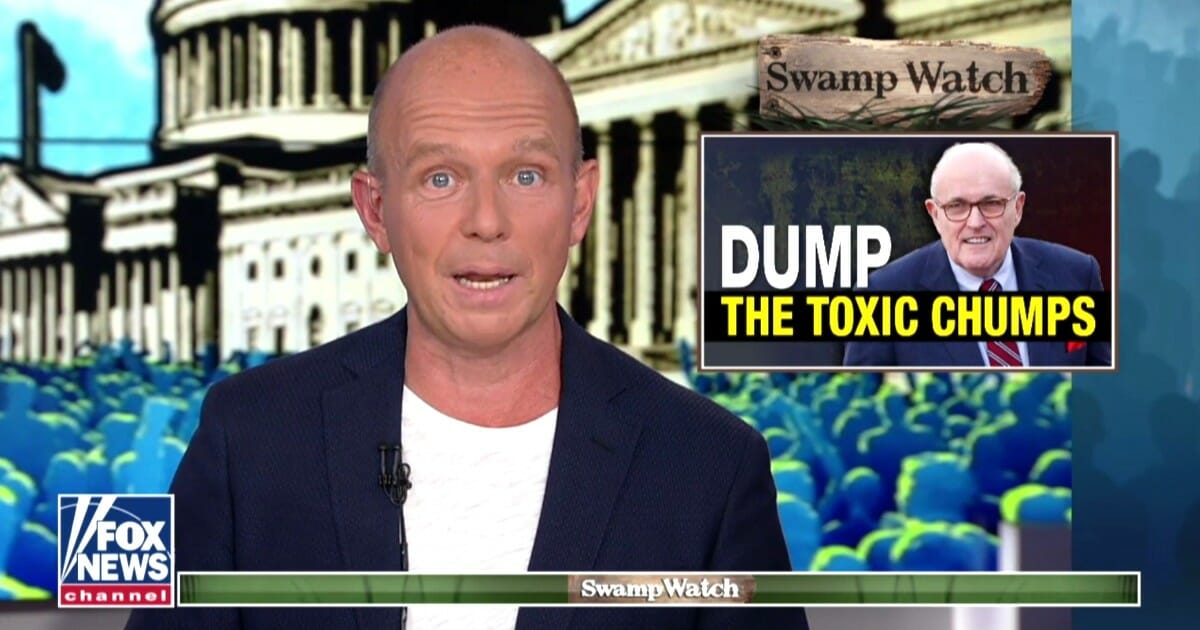 The feud started this past weekend during Hilton’s “The Next Revolution” as the host reported on details that had come out about Giuliani’s interest in the Ukraine controversy.

“To put it simply, he’s been trying to enrich himself on the back of his relationship with President Trump,” Hilton said, citing a report from The New York Times.

The Times had reviewed a series of documents that reportedly showed the former New York mayor had explored financial agreements with Ukrainian officials while he spoke with them on behalf of the president.

“And you know what, I’m just fed up with the lot of them,” Hilton said in response. “Rudy Giuliani was a great mayor and a great leader, but he’s turned into an unmitigated, and now it seems unethical, disaster.”

Hilton went on to criticize “hangers-on” like Giuliani for trying to make money for themselves off the president as he tries to govern the country by doing “dodgy deals in the world’s shadiest places.”

“Before they completely derail this presidency and its substantive historic policy results on China, the economy and much more, it’s time to dump these toxic chumps. I’ve had enough,” he said.

Do you think Giuliani should sue Hilton for libel?

Giuliani had apparently had enough, too, and responded to Hilton’s criticisms in a series of tweets.

“I have not taken a penny for representing my friend, President Trump,” he wrote. “I am outraged that @SteveHiltonx reported that I was trying to pursue private business deals in Ukraine to ‘enrich’ myself, when in reality I have made ZERO in Ukraine! Very lazy reporting!”

“Lawyers tell me @SteveHiltonx is a wild card and I should sue him for libel. He recklessly disregarded the truth!” Giuliani tweeted.

Since representing Trump I have considered and turned down all deals in Ukraine, even those not presenting a conflict.

Lawyers tell me @SteveHiltonx is a wild card and I should sue him for libel.

He recklessly disregarded the truth!

“If it wasn’t for me, @SteveHiltonx wouldn’t even be covering Burisma,” Giuliani continued. “He sure didn’t cover it for the THREE YEARS it was in front of his face. He should apologize for his maliciousness and thank me for the story!”

RELATED: Giuliani: If I Profited from Ukraine, I’d Have To Disclose It to My ‘Hopefully Soon-to-Be Ex-Wife’ Who’d Get Half

This is not the first time Giuliani has had to defend himself about his alleged financial dealings in Ukraine.

In an interview last month with Fox News’ Ed Henry, Giuliani — who is currently involved in a divorce from his wife, Judith — laughed at the allegations that had been reported by The Wall Street Journal.

“It is completely false! I have no financial interest in the Ukraine,” he said. “I’m not going to financially profit from anything that I know of in the Ukraine. If they know if it, I would probably have to disclose it to my hopefull soon-to-be ex-wife, ’cause she would get half of it.”