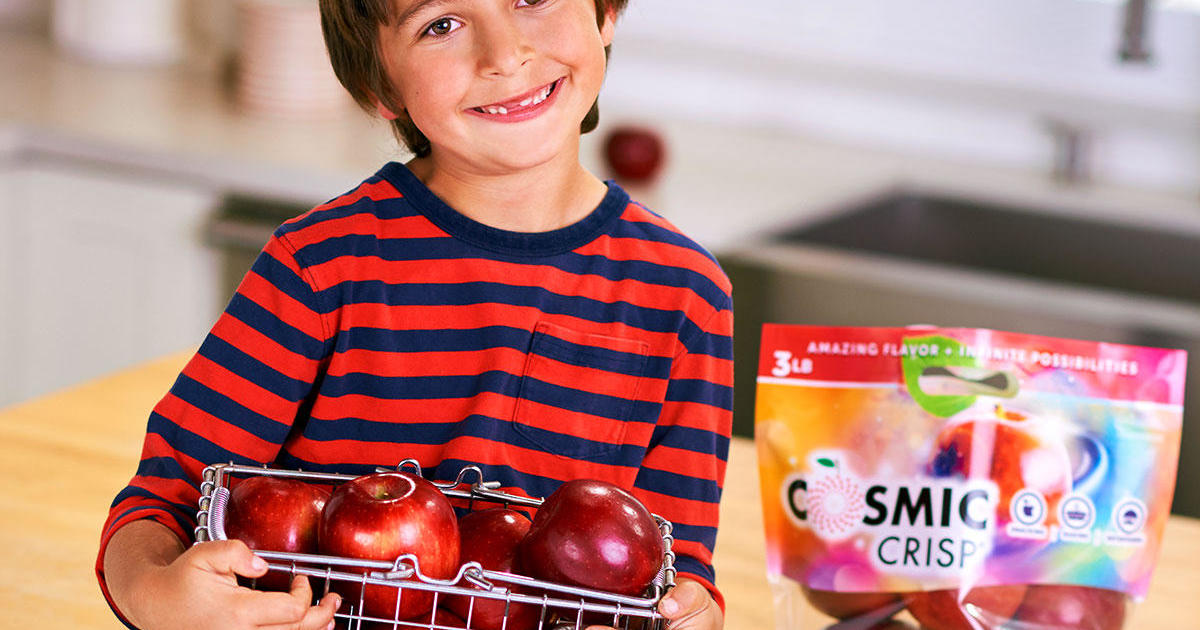 The newest apple product has more to do with horticulture than technology.

More than two decades in the making, a new apple variety called the Cosmic Crisp started shipping to retailers across the country in recent days. The new variety of the fruit was developed by researchers at Washington State University, who describe it as an exceptionally tasty and long-lasting cross between the disease-resistant Enterprise and the Honeycrisp apples.

The new apple’s pollen is derived from the Honeycrisp, making it the new apple’s male parent, while its beauty comes from the Enterprise, its female parent, according to Kate Evans, professor of horticulture and head of apple breeding at Washington State.

“Enterprise was chosen really because of its appearance,” Evans told a podcast devoted to eaters called the Sporkful with Dan Pashman. “It looks really nice — it’s a very pretty apple.”

Dubbed Cosmic Crisp for the bright yellow dots on its skin that resemble stars, the apple industry’s newest addition keeps well in storage and especially the refrigerator, where it reportedly can still be in eating shape even after a year.

But do the new apples live up to the hype, in terms of their taste? According to Pashman, the answer is a resounding yes.

The Cosmic Crisp is the first apple to be bred in Washington state, where more than half of the nation’s apples are grown. The research behind it was paid for by growers in the state, who have exclusive rights to sell it for the first 10 years. It’s launch is also being backed by $10.1 million, four-year marketing campaign.

About 6,000 acres are currently devoted to growing the Cosmic Crisp, making it the eighth biggest variety in the state, in terms of acreage, Scot H. Hulbert, interim associate dean of the college of agricultural, human and natural resources sciences, told The Daily Evergreen, a student newspaper.

Growers have already planted 12 million Cosmic Crisp apple trees, a sign of confidence in the new variety, according to the Associated Press. While only 450,000 40-pound boxes will be available for sale this year, that is expected to jump to more than 2 million boxes in 2020 and more than 21 million by 2026.

Still, how the Cosmic Crisp fares against the crisp, juicy and very sweet Gala — the nation’s most grown apple — remains to be seen.