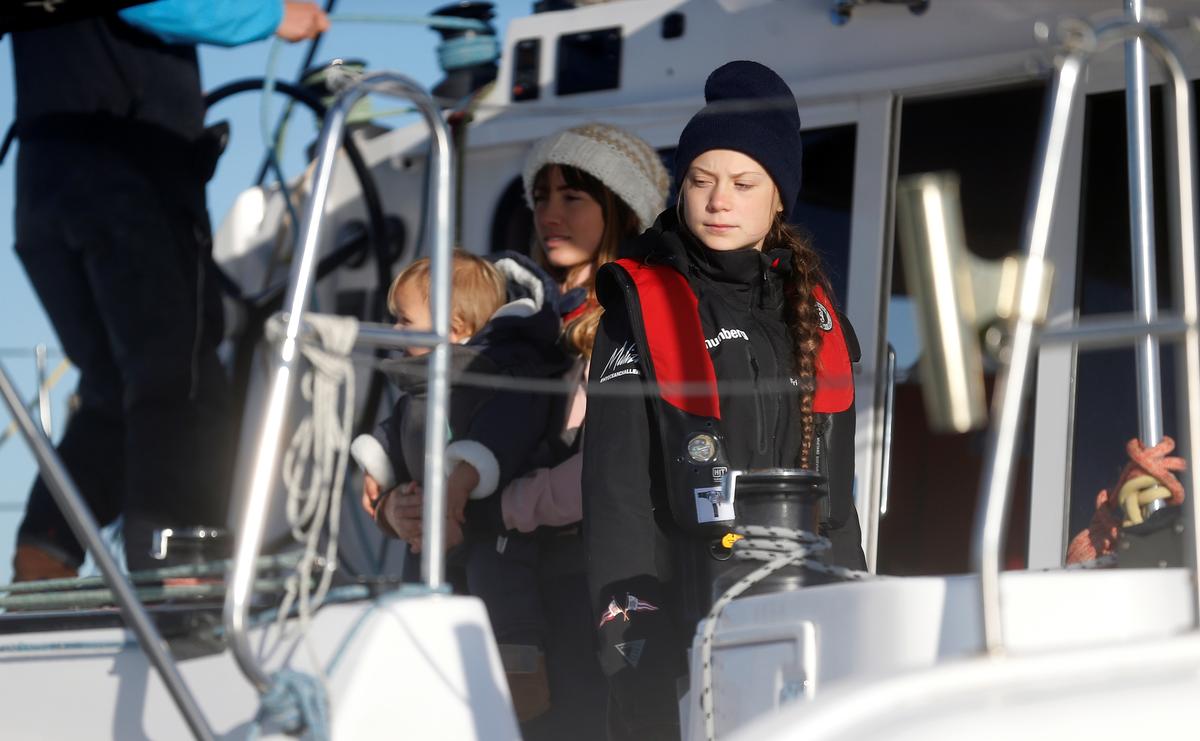 LISBON (Reuters) – Climate activist Greta Thunberg was approaching Lisbon aboard a catamaran on Tuesday after crossing the Atlantic from New York, Reuters Television footage showed, before her appearance at a summit in Madrid to demand urgent action on global warming.

The boat, La Vagabonde, carried the Swedish campaigner, who refuses to travel by plane, across the ocean so she could attend the COP25 climate summit in Madrid. She will spend the day holding meetings with Portuguese climate activists and resting before her departure for Madrid.

“Heading into Lisbon!” she posted on Twitter along with photographs aboard the vessel.

Portugal’s environment minister Matos Fernandes thanked Greta for her activism in a letter last Thursday, having already departed for COP25.

The country’s president, Marcelo Rebelo de Sousa, said it was a “great pleasure” to have her in Lisbon but did not feel it was his place to personally greet the activist.

Thunberg missed last Friday’s climate strike as heavy winds delayed her arrival to Lisbon but she is due to join thousands of activists marching in Madrid on Friday afternoon on the fringes of the COP25.

The conference kicked off on Monday with U.N. Secretary General Antonio Guterres warning that the planet had reached a “point of no return”.

Top priorities include establishing a common time frame for countries to implement their national climate commitment plans, and resolving the issue of international carbon markets, the only aspect of the Paris rule book which delegates failed to agree on at last year’s COP24 in Poland.