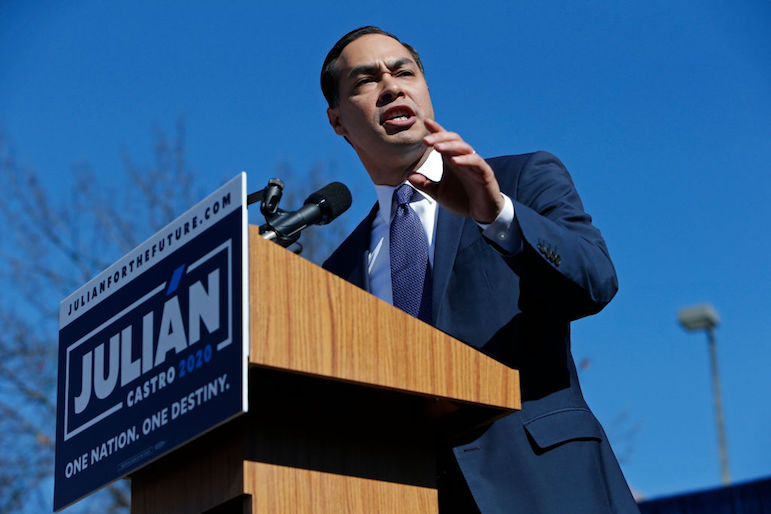 “I will say that the way that the media have treated Senator Harris in this campaign has been something else,” Castro said in a video posted to Twitter by his national press secretary.

“In the last few days, to see articles out of Politico, the New York Times, Washington Post that have basically trashed her campaign and focused on just one small part of it—and I think held her to a different standard, a double standard—has been grossly unfair and unfortunate,” he added.

“The way the media has treated @KamalaHarris has been something else. The way they’ve held her to a different standard, a double standard has been grossly unfair and unfortunate.” #KHive pic.twitter.com/TIpowCAQLI

Castro was apparently referencing a Times report from Friday that described Harris as “an uneven campaigner who changes her message and tactics to little effect and has a staff torn into factions.”

Last month, Politico ran a profile describing how blame was being shifted around within the campaign as it headed towards its end. “No discipline. No plan. No strategy,” one senior campaign official told the outlet.

The Washington Post reported that Harris faced questions about her identity as a presidential candidate in the midst of decreasing fundraising and cratering poll numbers.

Harris announced Tuesday she was dropping out of the presidential race, citing financial struggles in an email to supporters. She received praise and a brief spike in polling for her performance in the first Democratic debate, in which she attacked former vice president Joe Biden’s record on busing.

Castro has also faced the possibility of ending his campaign as he struggles to gain traction in polling. He said Saturday that he would stay in the race at least until Dec. 11, the deadline for qualifying for the next Democratic debate. That debate will be held on Dec. 19.