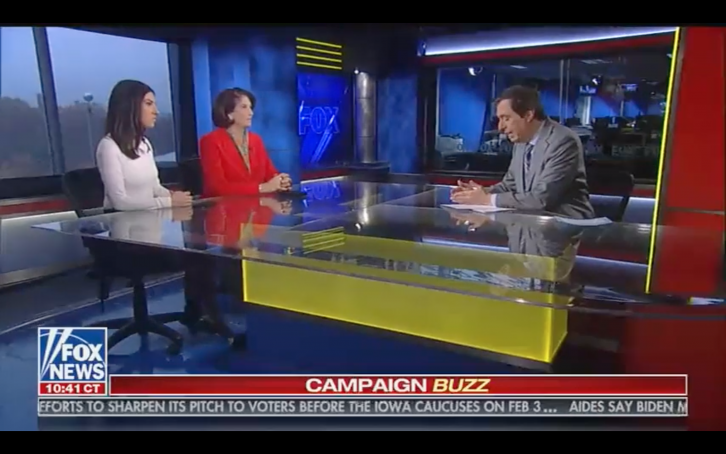 Johnson argued during an appearance on Fox News’s MediaBuzz that voters perceive Warren as not “straightforward.”

“There was first her fiasco with claiming Indian heritage, then there was Medicare for All which she was widely criticized for. And she wouldn’t just tell people, ‘yes, your taxes are going to go up,'” Johnson told host Howard Kurtz. “She was perceived as not being straightforward on that. And now she’s saying, ‘Oh, you can opt in in the initial two years.'”

“She was perceived as a candidate who had solid plans, and I think she’s taken a hit from that,” Johnson added.

Kurtz also discussed The Root writer Michael Harriot’s attack on Buttigieg as a “lying mf,” and then Harriot’s follow-up essay in which he spoke with Buttigieg on the phone.

Johnson pointed out that it was good for Buttigieg to take the criticism head on because it adds to the narrative that he is accessible to voters and the media. However, the call most likely will not address Buttigieg’s continuing struggles with African-American voters, a major flaw in his candidacy.

“Is it going to make his numbers go up with African-American voters, without which he probably can’t win the nomination?” Johnson said. “Probably not.”