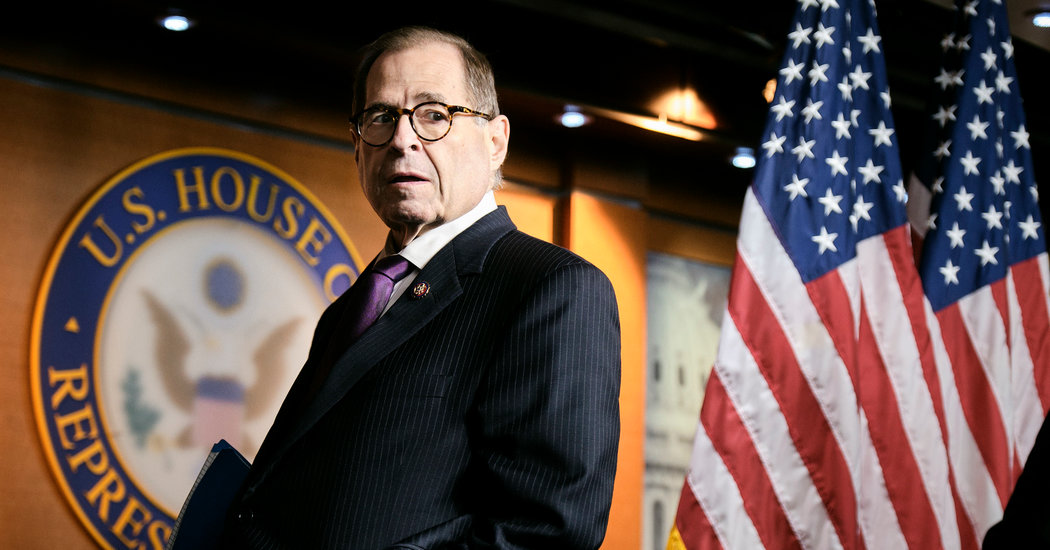 The committee, he wrote, has “given no information regarding your plans, set arbitrary deadlines, and then demanded a response, all to create the false appearance of providing the resident some rudimentary process.”

It is unclear whether the Democratic majority would be willing to acquiesce to any conditions set by the White House. Democrats have defended their process, saying the White House would not have blocked Mr. Trump’s inner circle from testifying if officials had exculpatory information that could help the president.

“We’re certainly hoping that the president, his counsel, will take advantage of that opportunity if he has not done anything wrong,” said Representative Val Demings, Democrat of Florida and a member of both the Intelligence and Judiciary Committees. Speaking on ABC’s “This Week” before the White House issued the letter, she added, “If he has not done anything wrong, we’re certainly anxious to hear his explanation of that.”

Without White House representation, Mr. Trump’s defense will likely materialize among some of the committee’s most fiery Republicans — including Representatives Jim Jordan of Ohio and John Ratcliffe of Texas, both of whom engaged in impassioned defenses during witness testimony, and Matt Gaetz of Florida, who joined Mr. Trump for a rally last week.

A number of Mr. Trump’s allies appeared on television shows Sunday morning before the letter was released to aggressively condemn the process outlined by the House.

Representative Doug Collins of Georgia, the top Republican on the Judiciary Committee, questioned why the White House would want to participate in “just another rerun.”