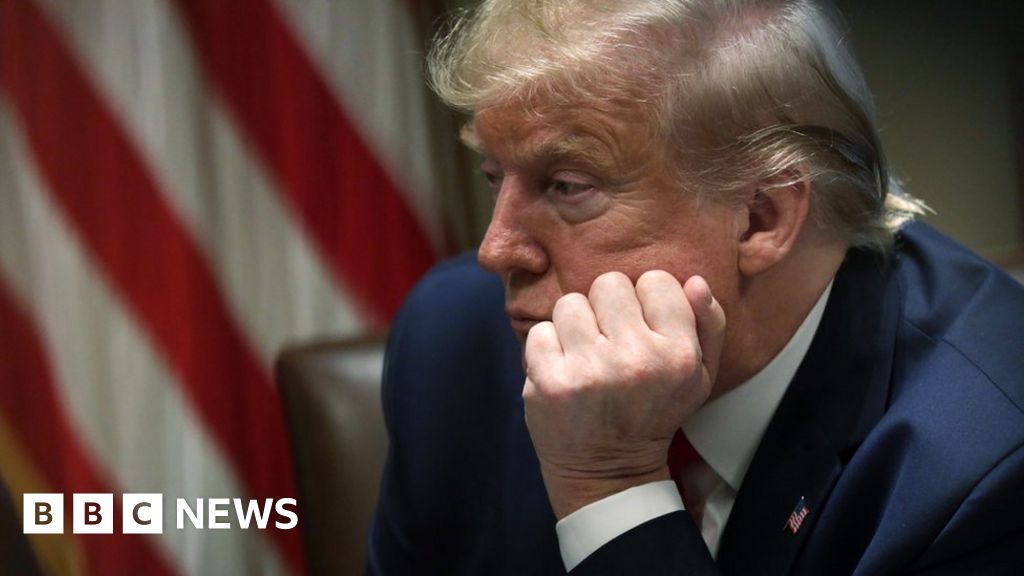 The White House has said US President Donald Trump and his lawyers will not attend an impeachment hearing on Wednesday, citing a lack of “fairness”.

The hearing by the House of Representatives Judiciary Committee marks the next stage of the probe, with legal experts giving testimony that could lead to a vote of impeachment.

It is alleged the president pressured Ukraine to conduct two investigations for his own political gain.

Mr Trump has denied any wrongdoing.

After weeks of closed-door witness interviews and public hearings, the process will now focus on possible charges of misconduct, which could lead to an impeachment vote in the House and trial in the Republican-led Senate.

The Democratic-led inquiry centres on a phone call in July between Mr Trump and Ukrainian President Volodymyr Zelensky. Mr Trump has dismissed the process as a “witch hunt”.

Last Wednesday, Jerrold Nadler, the chairman of the House Judiciary Committee, invited Mr Trump to attend this week’s hearing, “directly or through a counsel”, saying it would be an opportunity to discuss the historical and constitutional basis for impeachment.

But in a letter to the committee, White House counsel Pat Cipollone accused the committee of a “complete lack of due process and fundamental fairness”, saying the invitation would fail to give the White House adequate time to prepare and did not give information about the witnesses.

Reports suggested witnesses were “apparently all academics” and would include “no fact witnesses”, Mr Cipollone said. A fact witness testifies their personal knowledge of events while an expert witness assists the judge by offering an opinion.

Mr Cipollone also said the committee had called three witnesses but allowed Republicans to call just one, and lambasted Mr Nadler’s claim that the process was “consistent” with historical impeachment inquiries, arguing that President Bill Clinton had a fairer hearing in 1998.

In order for Mr Trump to be represented in further hearings, the president’s counsel said, Mr Nadler would need to ensure “that due process rights are protected” and that the process was “fair and just”.

He did not say whether Mr Trump would attend a second hearing, which does not yet have a date, but added that a response would be given by Friday.

What is Trump accused of?

Democrats say Mr Trump dangled two bargaining chips – $400m (£309m) of military aid to Ukraine that had already been allocated by Congress, and a White House meeting with Ukraine’s new leader. They think this political pressure on a vulnerable US ally amounts to an abuse of power.

The first investigation Mr Trump wanted from Ukraine was into one of his main Democratic challengers, Joe Biden, and his son Hunter. Hunter joined the board of a Ukrainian company when Joe Biden was US vice-president.

The second Trump demand was that Ukraine try to corroborate a conspiracy theory that Ukraine, not Russia, interfered in the last US presidential election. This theory has been widely debunked, and the US intelligence agencies are unanimous in saying Moscow was behind the hacking of Democratic Party emails in 2016.

What is the evidence?

At the heart of the inquiry is the rough transcript of a phone call on 25 July between Mr Trump and Mr Zelensky, in which Mr Trump asks for “a favour” and wants Ukraine to “look into” corruption claims involving the Bidens. These claims remain unsubstantiated.

The call prompted a whistleblower complaint from an unidentified CIA officer who said Mr Trump had used his office to “solicit interference from a foreign country”. That complaint sparked an impeachment inquiry which has featured diplomats and White House aides giving testimony to Congress.

Several testified that there was a “shadow” foreign policy to push Ukraine into opening these investigations, and to announce them publicly. The witnesses linked the president to the promise of a White House meeting but none had direct knowledge he had personally held back the military aid.

However, Democrats say the evidence is overwhelming that Mr Trump orchestrated the pressure campaign, and point to an admission of a “quid pro quo” by White House Chief of Staff Mick Mulvaney at a press conference.

Adam Schiff, the Democratic chairman of the Intelligence Committee, said the committees leading the probe – Intelligence, Oversight and Foreign Affairs – are now working on their report, which will be issued on 3 December.

On Wednesday, legal experts yet to be named are expected to be heard by the Judiciary Committee, which is responsible for crafting articles of impeachment, or the charges of wrongdoing against the president. It is expected that those charges will be drafted this month.

After a vote in the Democratic-controlled House, a trial would be held in the Senate. The White House and some Republicans want the trial to be limited to two weeks.

If Mr Trump was convicted by a two-thirds majority – an outcome deemed highly unlikely – he would become the first US president to be removed from office through impeachment.