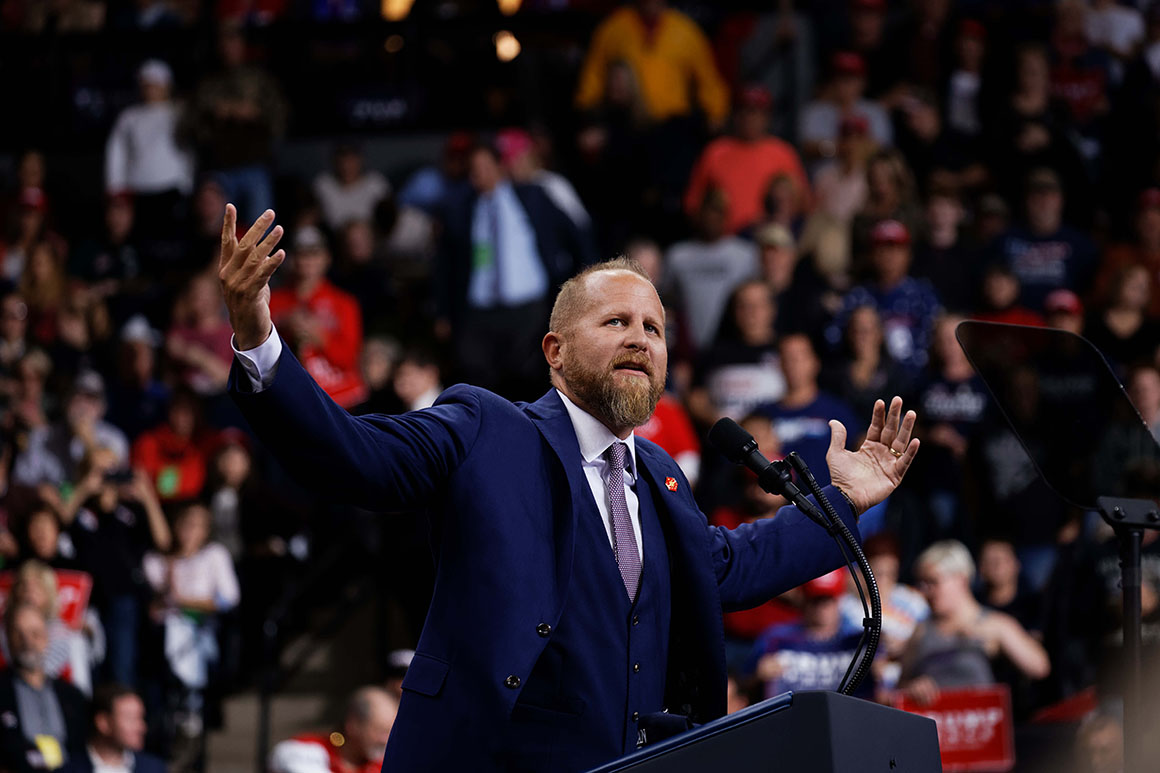 Ronna McDaniel, chairwoman of the Republican Party, blessed the move, writing in a tweet that the GOP would follow the Trump campaign’s lead. “The @GOP stands with @TeamTrump and will no longer credential Bloomberg representatives,” she wrote.

The move by the Trump campaign is reminiscent of 2016, when it denied press credentials to numerous outlets, including POLITICO, for various reasons.

The company’s top editor told staff last week that it would adopt the same policy it had when Bloomberg was mayor, not initiating investigations into the billionaire businessman, his family or his foundation and adding that “we cannot treat Mike’s Democratic competitors differently from him.”

“If other credible journalistic institutions publish investigative work on Mike or the other Democratic candidates, we will either publish those articles in full, or summarize them for our readers — and we will not hide them,” Editor-in-Chief John Micklethwait said in a memo.

For now, he said, reporters will “continue to investigate the Trump administration, as the government of the day,” and that the global outlet, which employs roughly 2,700 journalists and analysts, would reassess that policy if Bloomberg becomes the Democratic nominee.

Micklethwait quickly swiped back at the Trump campaign on Monday. “The accusation of bias couldn’t be further from the truth. We have covered Donald Trump fairly and in an unbiased way since he became a candidate in 2015 and will continue to do so despite the restrictions imposed by the Trump campaign,” he said in a statement.

How to cover the political ambitions of its owner has been an issue that has plagued the company in the past as Bloomberg has flirted with runs for the presidency. As he publicly toyed with the idea of a run last year, Bloomberg drew backlash for suggesting to an Iowa radio station Bloomberg News might halt all political coverage if he jumped in the race.

After initially announcing he would not run earlier this year, he took several steps toward running last month and officially announced last week that he was making a late entry into the 2020 race.

On the political side, one longtime Bloomberg adviser, Howard Wolfson, apparently reveled in the announcement, tweeting that it was proof “Mike is getting under Trump’s skin” just one week into his campaign.