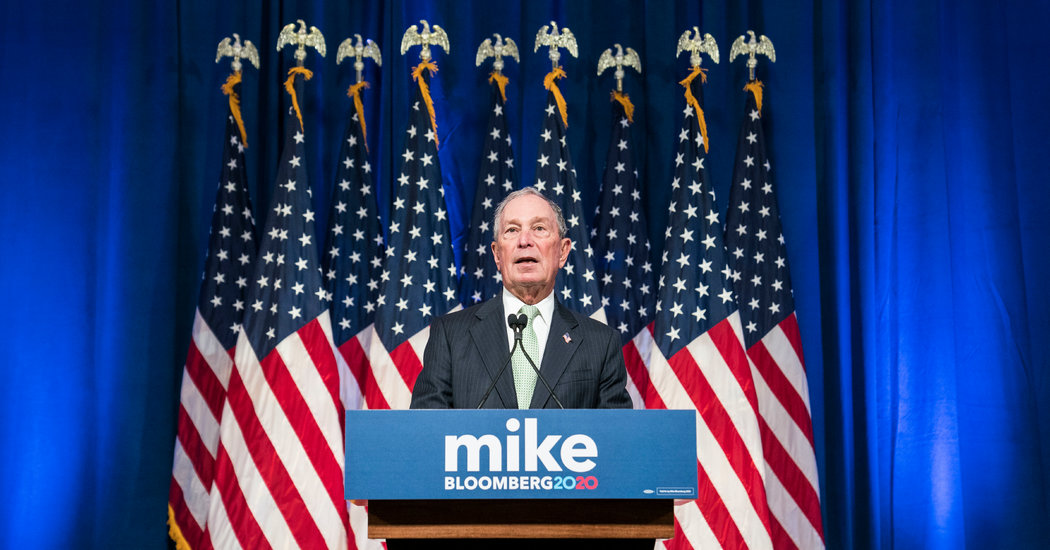 President Trump’s re-election campaign said on Monday that it would bar Bloomberg News journalists from attending its rallies and political events, an attempt to retaliate against the news organization’s decision to cease investigating Democratic candidates in the wake of its billionaire owner’s entry into the 2020 presidential race.

The Trump campaign broke from years of precedent in 2016 by revoking the press credentials of journalists from outlets like The Washington Post, Politico and BuzzFeed News, an early sign of the efforts to demonize the news media that have become a hallmark of the Trump presidency.

But Bloomberg News is facing a fraught situation, too. After the company’s owner, Michael R. Bloomberg, decided last month to pursue the Democratic nomination, editors at the news outlet instructed their reporters to avoid “in-depth investigations” of Mr. Bloomberg or any other Democratic candidate. It was an attempt at fairness that some journalists called stifling.

On Monday, Mr. Trump’s campaign manager, Brad Parscale, called it something else: biased.

“Bloomberg News has declared that they won’t investigate their boss or his Democrat competitors, many of whom are current holders of high office, but will continue critical reporting on President Trump,” Mr. Parscale wrote in a statement, calling the decision “troubling and wrong.”

“Since they have declared their bias openly, the Trump campaign will no longer credential representatives of Bloomberg News for rallies or other campaign events,” Mr. Parscale wrote. The campaign said it would decide “on a case-by-case basis” whether to respond to inquiries from individual reporters on stories.

The editor in chief of Bloomberg News, John Micklethwait, quickly fired back.

“The accusation of bias couldn’t be further from the truth,” Mr. Micklethwait wrote in a statement. “We have covered Donald Trump fairly and in an unbiased way since he became a candidate in 2015 and will continue to do so despite the restrictions imposed by the Trump campaign.”

Mr. Trump and his senior aides routinely disparage individual reporters and entire news organizations for coverage they deem unfavorable. Press advocacy groups say the president’s attacks have contributed to one of the more hostile domestic environments for journalists in recent memory.

At the same time, few journalists have offered a robust defense of Bloomberg News’s decisions about how to cover its owner’s candidacy.

Roughly 2,700 journalists work at Bloomberg L.P., the financial data company that is the wellspring of Mr. Bloomberg’s fortune, and this is not the first time that Mr. Bloomberg’s ambitions have placed his employees in an awkward spot. During Mr. Bloomberg’s 12 years as mayor of New York City, coverage of the billionaire’s wealth and personal life were considered off limits at Bloomberg News.

In a memo last month, Mr. Micklethwait acknowledged that “there is no point in trying to claim that covering this presidential campaign will be easy,” but added that the newsroom would continue to investigate Mr. Trump’s administration “as the government of the day.” But while Bloomberg News pledged to continue covering polls, policies and “who is winning and who is losing” the 2020 race, the prohibition against investigative reporting — considered among the most valuable forms of campaign journalism — caused some uproar.

Megan Murphy, a former Washington bureau chief at Bloomberg News, wrote on Twitter that it was “staggering” for the news outlet to prevent “an army of unbelievably talented reporters and editors from covering massive, crucial aspects of one of the defining elections of our time.”