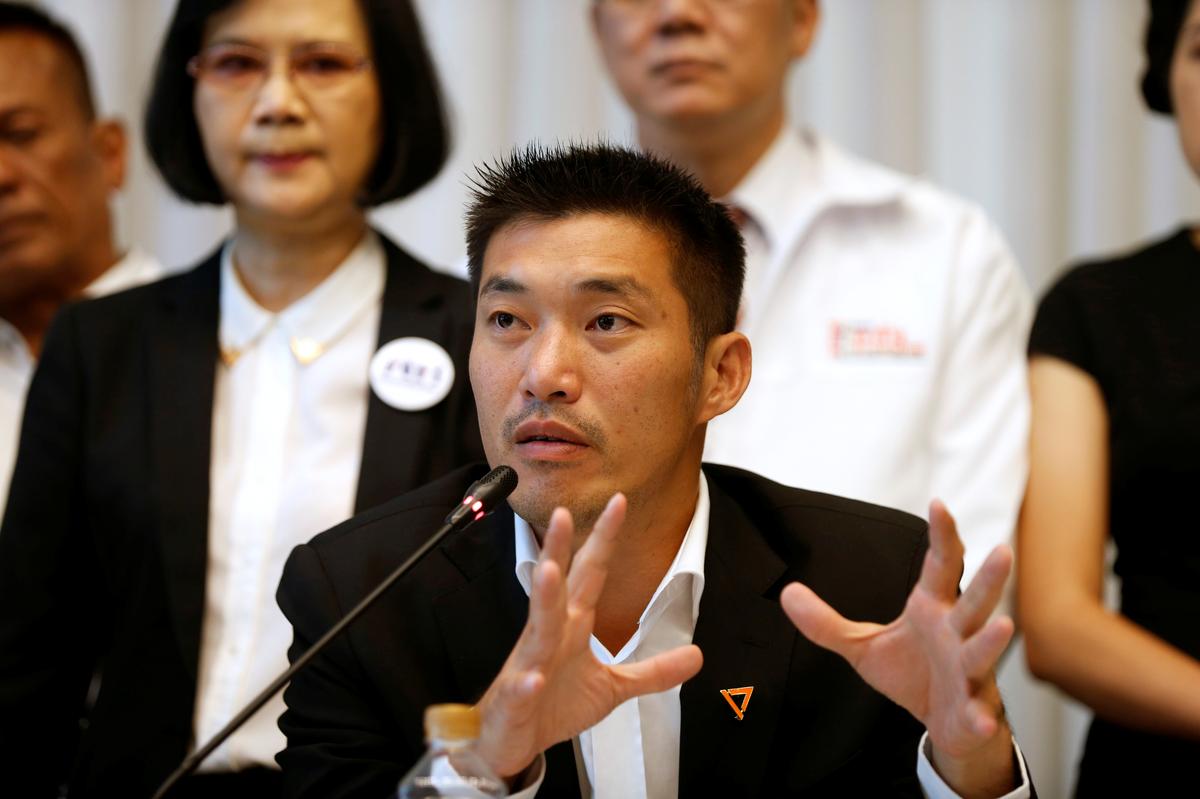 BANGKOK (Reuters) – Thailand’s most prominent opposition figure accused the government of undermining parliamentary democracy and trying to dissolve his party on Monday, two weeks after the constitutional court disqualified him from parliament.

Thanathorn Juangroongruangkit, 40, has emerged as the most outspoken opponent of the government headed by former junta leader Prayuth Chan-ocha after the progressive Future Forward Party he help found came a surprise third in an election in March.

“They consistently use fake news and misinformation to discredit opposition. They are branding us as traitors, branding us as anti-monarchy, installing hatred that divides the people of this country,” Thanathorn told reporters in his strongest comments since the court ruling.

“We can see clearly the effort to dissolve our party,” he said.

The government spokeswoman could not immediately be reach for comment.

Since the election, Thanathorn was suspended from parliament and was found guilty last month of breaching election law by holding shares in a media company on the date his candidacy was registered for the election.

He said the case against him showed a concerted effort by the Thai establishment to undermine the opposition and its critics. Thanathorn and the Future Forward party are facing dozens of legal cases.

“We want to participate in politics inside of the parliamentary system but we are not allowed to do this, so we are being pushed outside,” he said.

“Nobody knows what would happened when people lose faith in the parliament,” he said.

But he said Future Forward itself would not be calling for Hong Kong-style street protests.