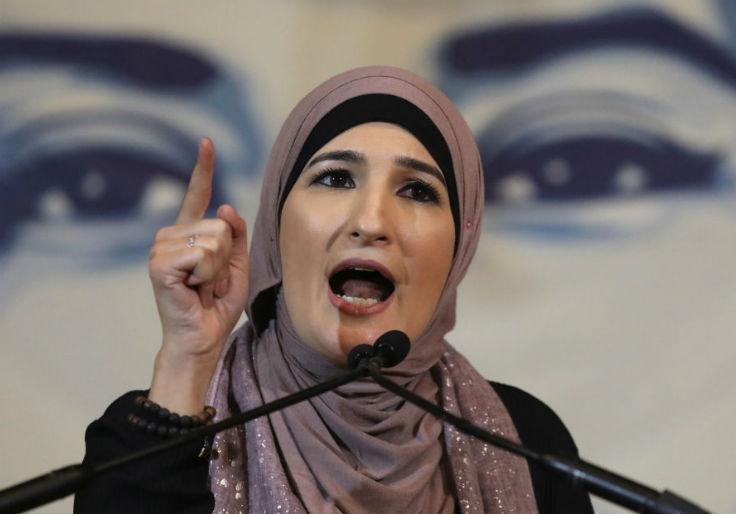 “Ask them this: How can you be against white supremacy in the United States of America and the idea of living in a supremacist state based on race and class, but then you support a state like Israel that is built on supremacy, that is built on the idea that Jews are supreme to everybody else?” Sarsour said.

Sarsour, a prominent surrogate for Democratic presidential candidate Bernie Sanders, made the comparison while addressing the American Muslims for Palestine conference in Chicago. She also questioned how Zionists could oppose the separation of families at the U.S.-Mexico border while supporting Israel.

Sarsour, who was removed from the leadership of the Women’s March a few months ago after receiving scrutiny for other anti-Semitic remarks, has long courted controversy with comments about Jews and the state of Israel. Earlier this year, she defended Rep. Ilhan Omar (D., Minn.) multiple times in response to backlash for the congresswoman’s anti-Semitic remarks. In February, she criticized Republicans for wanting to “marginalize prominent voices who dare speak up for Palestinians.” She then attacked Speaker of the House Nancy Pelosi (D., Calif.) in March for being a “typical white feminist upholding the patriarchy” in response to the House resolution to condemn anti-Semitism.

Sarsour also defended Zahra Billoo, who was voted off the board of the Women’s March in September, describing the anti-Israel activist as “loved, valued and revered as one of the most important Muslim American leaders of our time.” Billoo has denigrated Israel and Memorial Day on Twitter multiple times, and has claimed Israel “commits war crimes and terrorism as a hobby.”