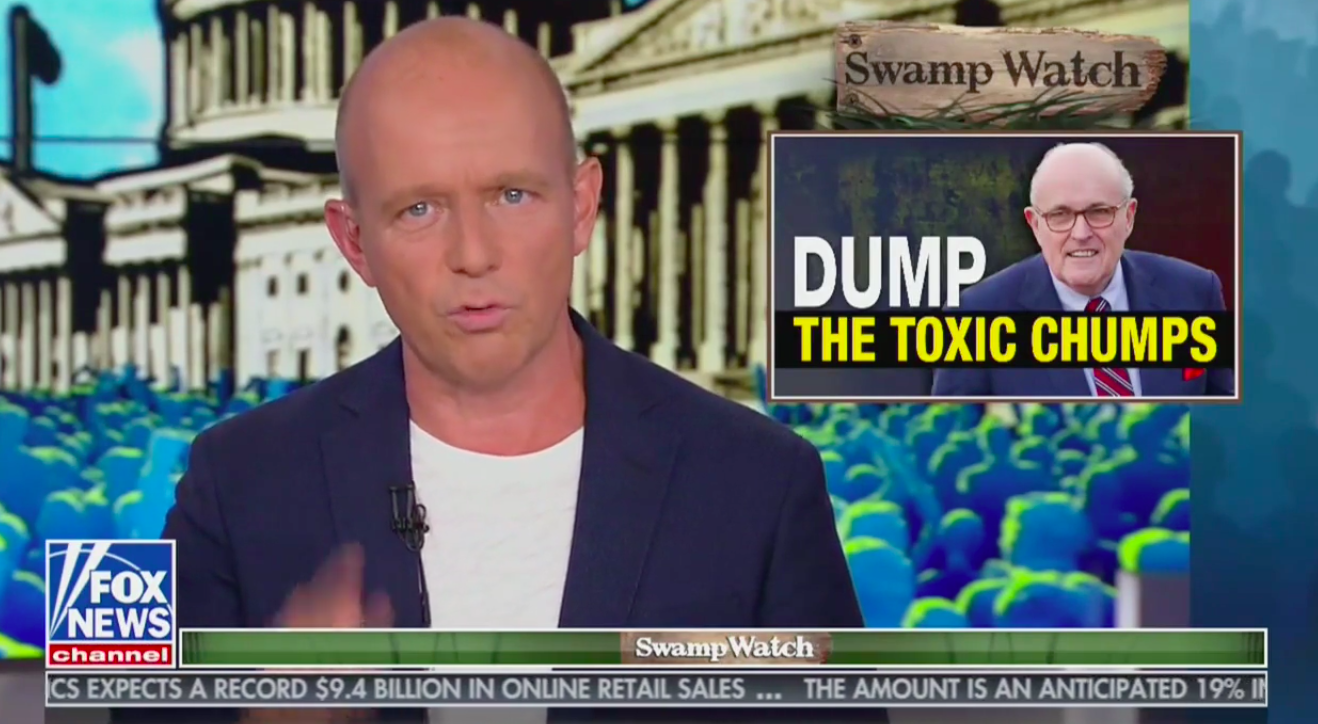 Last week, The Washington Post reported that Giuliani had held “talks” to set up a potential deal where his company would represent former Ukrainian Prosecutor General Yuriy Lutsenko to help him recover assets supposedly stolen from Kiev. In exchange, Giuliani’s company, Giuliani Partners LLC, would receive at least $200,000 as payment. The negotiations were reportedly held during the same months that Giuliani was helping Trump probe for dirt on former Vice President Joe Biden’s family.

During a segment on Fox News’ The Next Revolution on Sunday, Hilton condemned the former New York mayor for “trying to enrich himself on the back of his relationship with President Trump.”

“You know what, I’m just fed up with the lot of them. Rudy Giuliani was a great mayor and a great leader, but he’s turned into an unmitigated and now it seems unethical disaster,” the host said. “While President Trump has been trying to govern for the American people, all these hangers-on have been trying to make money for themselves off Trump.”

Hilton went on to call Giuliani and others close to the president with ties to the Ukraine scandal a “bunch of chancers, grifters and spivs” who have been “taking advantage of the president to do dodgy deals in the world’s shadiest places.”

“Before they completely derail this presidency and its substantive, historic policy results on China, the economy and much more, it’s time to dump these toxic chumps,” the host added. “They’ve really led President Trump astray and I’m just so fed up with it.”

Several unnamed sources familiar with Giuliani’s Ukraine business dealings informed the Post of the existence of a draft retainer agreement from February. They also claimed that Giuliani Partners and the Ukraine Ministry of Justice entered into another retainer agreement in March that set out a $300,000 payment if the stolen assets were recovered.

The New York Times last week also released a report that echoed the Post‘s findings on Giuliani. According to documents reviewed by the newspaper, Giuliani pursued possible financial agreements with Ukrainian officials while he was attempting to push Trump’s agenda with officials from the same government.

Giuliani denied he went into business with Ukraine, and asserted that no deals were finalized or executed. “I thought that would be too complicated,” the attorney said, according to the Times. “I never received a penny.”