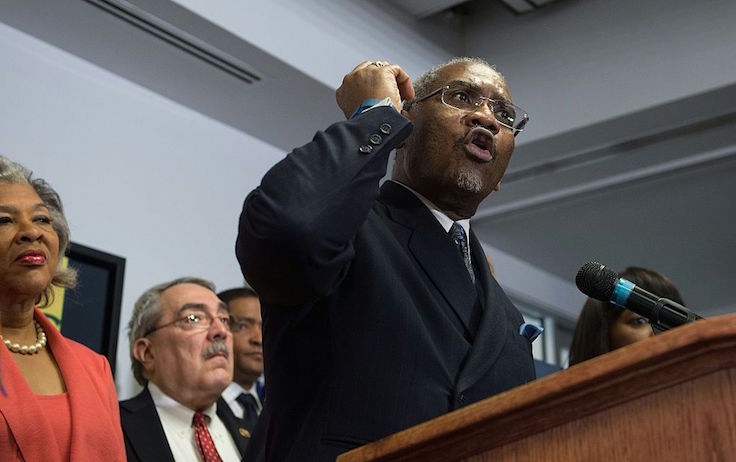 Democratic representative Gregory Meeks (N.Y.) continues to push tens of thousands of dollars from his campaign’s coffers to a company owned by the wife of his district chief of staff, Federal Election Commission records show.

Meeks’s campaign committee has managed to raise cash even though he has not faced any real opposition in his heavily Democratic New York district. During the 2018 election cycle, Meeks faced two Democratic challengers, but ran away with the primary, capturing 81 percent of the vote. He ran unopposed in the general election.

Meeks’s lack of any significant opposition has allowed his campaign to also spend generously on credit cards, D.C. consultants, horse racing venues, and luxury car expenses instead of advertisements and other typical expenses associated with competitive campaigns.

Meeks, who will not face any opponent in the 2020 cycle, has raised $644,000 throughout the first three quarters of the year, filings show. His committee has so far spent $384,000, including money that has gone to the company owned by his aide’s wife.

Meeks’s campaign committee has made three payments to Einna totaling $22,500 so far this year, his campaign’s filings show. Einna was paid another $4,000 by Meeks’s leadership PAC. The new payments this cycle come on the heels of the $60,000 Meeks pushed to the company during the 2018 cycle. Since 2010, the campaign has paid Einna more than $200,000.

Meeks’s largest disbursements this year have gone towards American Express credit card payments (nearly $125,000) and lining the pockets of consultants (nearly $55,000 to Angerholzer Broz Consulting). Meeks spent $10,000 in late May on catering and site rental at the New York Racing Association’s Belmont Park, the venue of horse racing’s Belmont Stakes, which took place one week after the campaign’s payments.

Meeks also dropped more than $9,000 from his campaign on monthly lease payments and car services on a Lexus, which is reported as a campaign vehicle. The campaign spent more than $20,000 on luxury car payments during the last election cycle.

Meeks’s campaign did not return a request for comment on the expenditures.