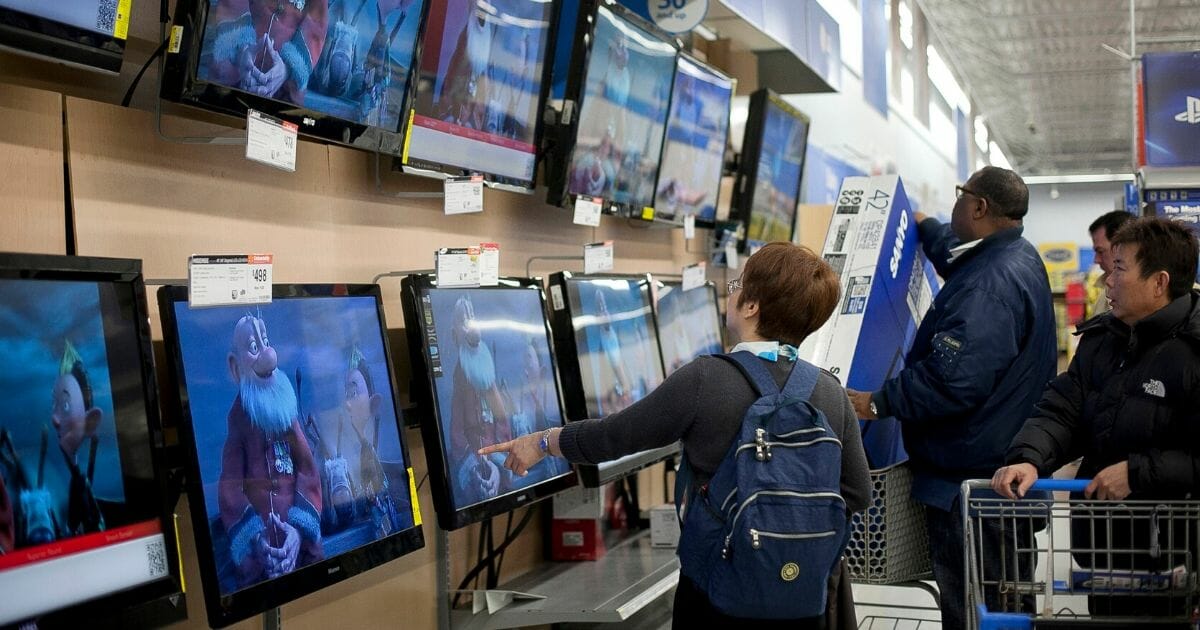 You’ve managed to do it.

Battered, bruised, spiked club in hand, you drag your Samsung 55” back to your car. You’ve survived Black Friday and managed to get the curved smart TV that you wanted. You’ve seen things, man. You’ve seen things. But, like the raiders of old, you’ve returned home — or, well, to your crossover — with your treasure.

Before you set up that new smart TV, however, the Portland, Oregon, field office of the FBI would like to have a word with you.

No, it has nothing to do with what you did to get that TV. I think you get qualified immunity for anything you do on Black Friday, after all. Instead, what they want to talk about is how you secure that television.

See, as the bureau pointed out in its pre-Thanksgiving memo, many of the newest models come with video cameras and microphones. That makes them more convenient — but also potentially more dangerous.

“Beyond the risk that your TV manufacturer and app developers may be listening and watching you, that television can also be a gateway for hackers to come into your home,” the FBI office stated in the memo.

“A bad cyber actor may not be able to access your locked-down computer directly, but it is possible that your unsecured TV can give him or her an easy way in the backdoor through your router.

“Hackers can also take control of your unsecured TV. At the low end of the risk spectrum, they can change channels, play with the volume, and show your kids inappropriate videos. In a worst-case scenario, they can turn on your bedroom TV’s camera and microphone and silently cyberstalk you.”

So, what should you do to be safe? After all, you didn’t go through all of that on Black Friday only to return your television. Well, you don’t have to. The FBI has five simple ways you can keep yourself safe.

Do you own a smart TV?

First: Know what features your TV actually has. It may have a microphone, camera or both. Know how to use these.

A simple way they recommend? Take your TV’s model number and search it online along with terms like “microphone,” “camera” and “privacy.” This will give you a basic idea of what you’re dealing with.

A lot of buyers just use the default security settings that any piece of electronics comes with, including the passwords. The first obvious step is to change that — and don’t just use “password” or “12345.” (That’s last part’s not the FBI’s advice, mind you, but a little thwack on the head for people who still do that, courtesy of me.)

If you can change the settings so that you can turn off cameras, microphones or the collection of personal data, do so. If you can’t and this is a problem for you, consider whether you want to keep the television.

Third: Can’t turn off the camera? Well, that guy with his laptop in Starbucks may not have had the worst idea. Simply put a piece of black tape over the lense. Problem solved.

Fourth: Be aware of what your manufacturer’s history with security patches is. Security patches are pieces of software that fix known issues with the security of your system. Does the manufacturer issue them? Often? (And obviously, make sure they’re being installed.)

Finally: Don’t just check the hardware on your television. Check what the manufacturer’s policy on data collection is.

Also, you’re probably going to be using third-party software manufacturers like Skype for video chat. See what they have to say about data collection. Do a quick search about how that data is stored and how it’s used.

The FBI noted,  in closing, that those who think they have been a victim of frauda should contact their local FBI field office or go to http://www.ic3.gov/.

Also, keep in mind that many of you are going to be giving these TVs as gifts. Remember to pass this on to whoever you give it to this Christmas season, as well.

Taking some reasonable steps. If passing this along helps anyone, well, you’re welcome.