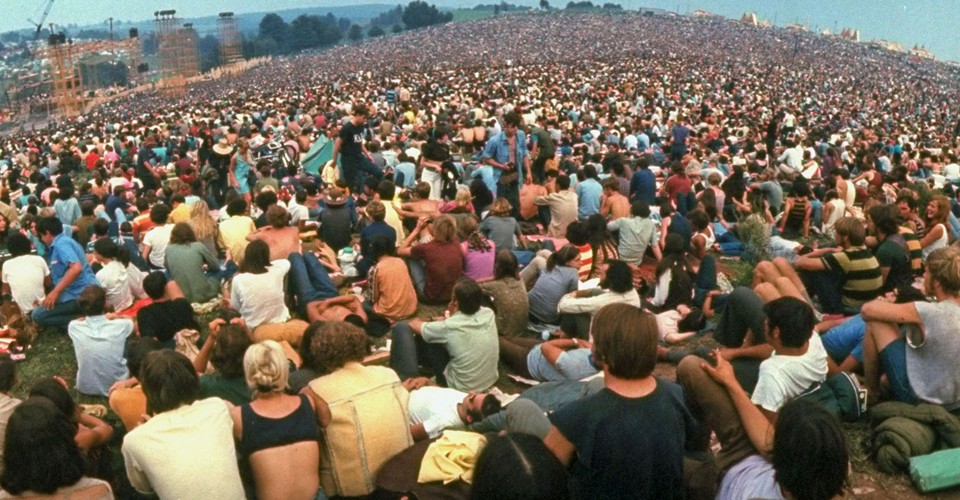 Fifty years ago, more than 400,000 people descended on Bethel, New York, headed to a dairy farm owned by Max and Miriam Yasgur, where the Woodstock Music & Art Fair was being held. Planners had told the Yasgurs and town officials that they expected no more than 50,000 attendees, and were overwhelmed by the huge crowds. Over three days, 32 acts performed onstage, including Joan Baez, Santana, the Grateful Dead, Creedence Clearwater Revival, Janis Joplin, Sly and the Family Stone, The Who, Jefferson Airplane, The Band, Crosby, Stills, Nash & Young, and Jimi Hendrix. Woodstock became a major cultural event, amplified by news coverage, a popular documentary film, and the music that became symbolic of an era.