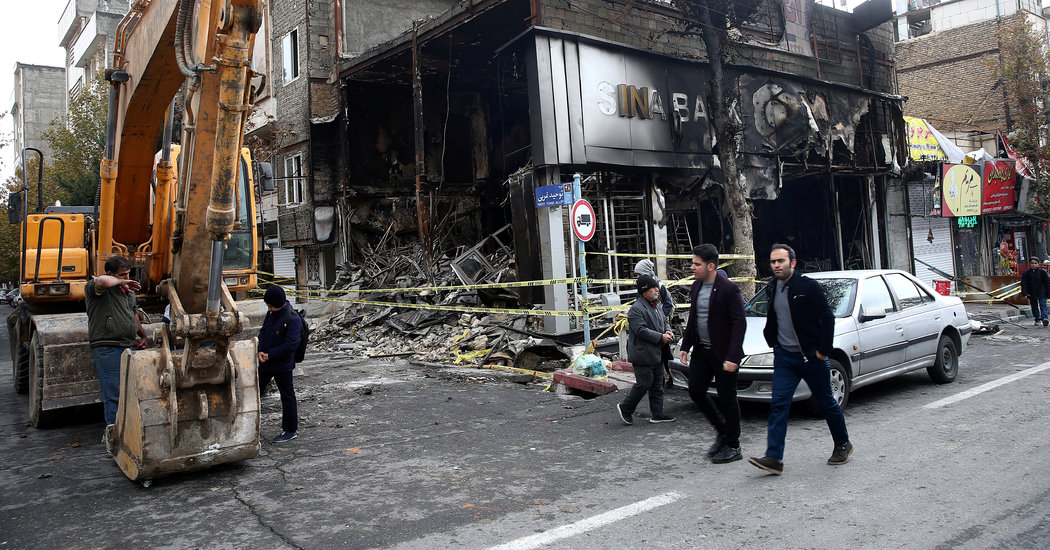 The authorities have declined to specify casualties and arrests and have denounced unofficial figures on the national death toll as speculative. But the nation’s interior minister, Abdolreza Rahmani Fazli, has cited widespread unrest around the country.

On state media, he said that protests had erupted in 29 out of 31 provinces and 50 military bases had been attacked, which if true suggested a level of coordination absent in the earlier protests. The property damage also included 731 banks, 140 public spaces, nine religious centers, 70 gasoline stations, 307 vehicles, 183 police cars, 1,076 motorcycles and 34 ambulances, the interior minister said.

The worst violence documented so far happened in the city of Mahshahr and its suburbs, with a population of 120,000 people in Iran’s southwest Khuzestan Province — a region with an ethnic Arab majority that has a long history of unrest and opposition to the central government. Mahshahr is adjacent to the nation’s largest industrial petrochemical complex and serves as a gateway to Bandar Imam, a major port.

The New York Times interviewed six residents of the city, including a protest leader who had witnessed the violence; a reporter based in the city who works for Iranian media, and had investigated the violence but was banned from reporting it; and a nurse at the hospital where casualties were treated.

They each provided similar accounts of how the Revolutionary Guards deployed a large force to Mahshahr on Monday, Nov. 18, to crush the protests. All spoke on condition of anonymity for fear of retribution by the Guards.

For three days, according to these residents, protesters had successfully gained control of most of Mahshahr and its suburbs, blocking the main road to the city and the adjacent industrial petrochemical complex. Iran’s interior minister confirmed that the protesters had gotten control over Mahshahr and its roads in a televised interview last week, but the Iranian government did not respond to specific questions in recent days about the mass killings in the city.