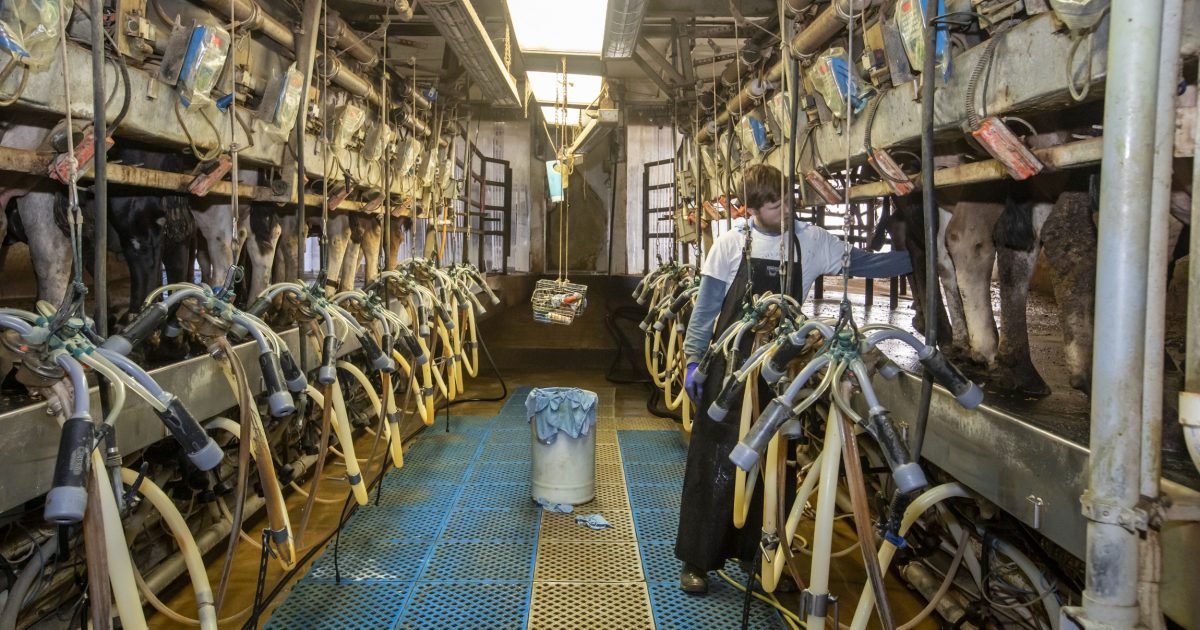 In early November, Dean Foods, the nation’s largest dairy producer, filed for bankruptcy protection. The company, which has secured nearly a billion dollars in debtor financing to keep it afloat temporarily, is looking to sell off some or all of its assets as it attempts to reorganize and survive.

The filing isn’t exactly a surprise. As I explained in a column earlier this year, Dean Foods was a sinking ship.

But changing consumer preferences, overproduction, and competition from non-dairy producers only tell part of the story of the downfall of Dean Foods. The big picture has the government’s messy fingerprints all over it.

For starters, the U.S. Department of Agriculture (USDA) is deeply involved in promoting dairy producers and production.

“USDA dairy marketing orders set minimum dairy prices, while the [agency’s dairy] checkoff program takes money from dairy farmers to promote milk and other dairy products,” I detail in my book Biting the Hands that Feed Us: How Fewer, Smarter Laws Would Make Our Food System More Sustainable. “Taxpayers have the dairy checkoff program to thank, for example, for the ubiquitous ‘milk mustache’ advertising campaign. If there are any benefits to be had from either program, they aren’t likely to be enjoyed by your local farmer, creamery, or dairy.”

The failure of Dean Foods indicates these wasteful programs didn’t help larger dairy producers thrive, either. In fact, they encouraged dairy producers to ignore the signals they were receiving from consumers. All the while, many dairy producers in the United States have demanded that the government protect them from competition by forcing the makers of dairy alternatives to label their products with ridiculous and unappealing names. The government has, of course, obliged.

The feds, I wrote, seem more than willing to go to almost any length to manipulate the market in favor of large dairy producers. To help boost dairy prices, for example, the USDA buys up surplus cheese and pays pizza giant Domino’s to produce cheesier pizzas. (I detailed the bizarre Domino’s saga here.)

While the USDA works really hard to make the dairy industry thrive, agency actions have produced the opposite outcome. To fix the problem, I urged the feds to get out of the way and to allow the free market alone to manage dairy production. I also cautioned that bad times will only get worse for U.S. dairy producers. The failure of Dean Foods is just more evidence of that fact. Given that neither Congress nor the USDA has seen fit to rein in or eliminate the programs that got dairy producers into this mess, this bad situation will likely only continue to worsen still.