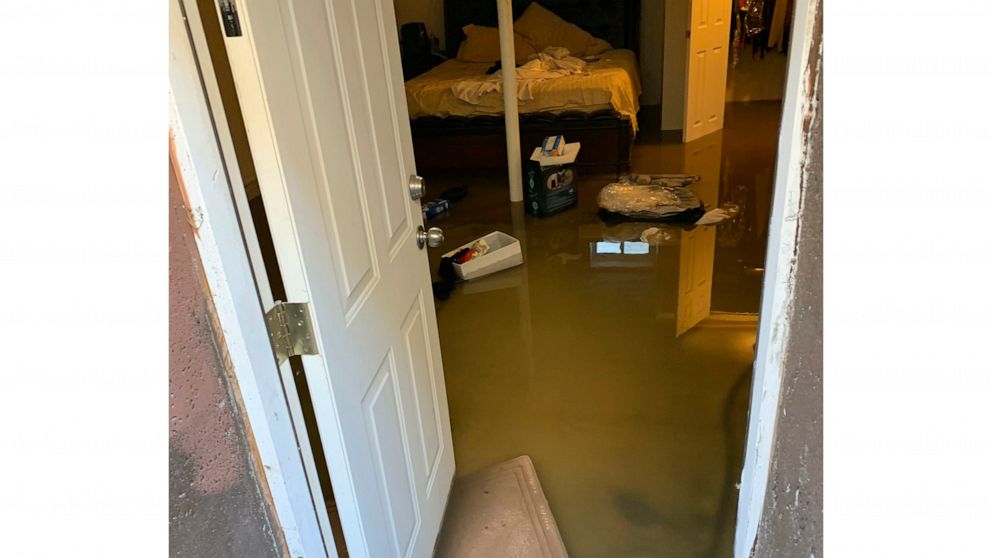 Cynthia McKenvie said she woke up around 3 a.m. to an odor she thought was a gas leak, only to realize that sewage water was rushing into her basement.

As the water level rose, McKenvie said she raced to move furniture and other belongings — but some electronics couldn’t be saved. After a few hours, she said, her whole neighborhood was awash in fetid fluid.

“It’s messy,” said McKenvie, who posted photos showing murky water covering the floor of a basement bedroom and the bottom of a staircase.

“When you open it, it just smells,” she said. “It makes you want to vomit. We have to pack up all the clothes.”

Mayor Bill de Blasio said crews were making repairs and bringing in pumping equipment to clear up the mess.

The city’s water agency says drinking water is safe and unaffected, but de Blasio advised residents to reduce usage to cut down on water going into the blocked main.

McKenvie said she bought two pumps from Home Depot and ran extension cords and a hose to try and clear water from her basement, but the rig hardly kept up.

“There’s still some at knee level,” she said. “The odor is just unbelievable.”

McKenvie said she called 911 and the city’s 311 help line soon after discovering the sewage. A few firefighters eventually showed up, she said, but according to her, none of the city services could stop the flow of sewage.

Most residents in the middle-class neighborhood are non-white and about half are foreign born, according to U.S. Census Bureau data.

De Blasio says American Red Cross and city emergency management representatives are at the scene to help families displaced by the sewer back up. The city opened a service center for affected residents at a nearby public school.

De Blasio said the city is working to provide hotel rooms to anyone who was unable to return home Saturday night.

“It’s unlivable,” McKenvie said. “It’s all around the neighborhood and farther down.”