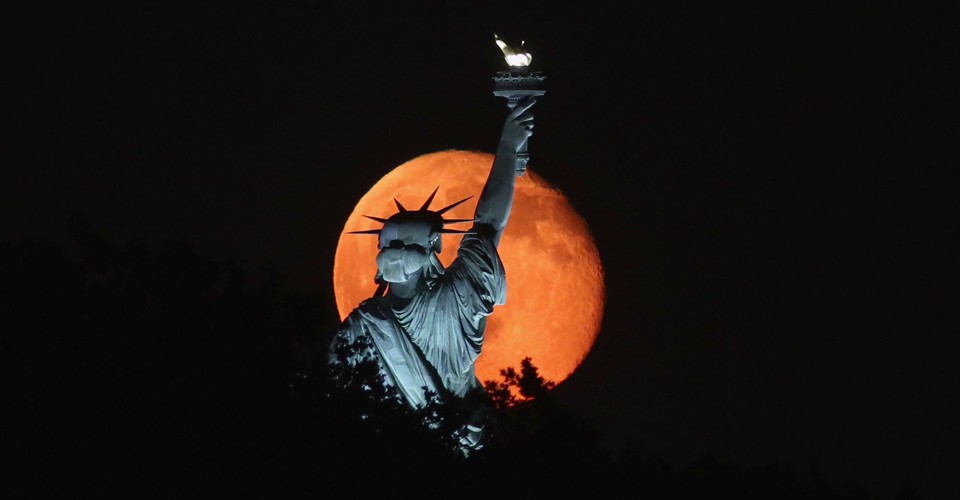 The 151-foot-tall Statue of Liberty, officially Liberty Enlightening the World, designed by Frédéric Auguste Bartholdi and Gustave Eiffel, was a gift to the United States from the people of France in 1886. With a tablet inscribed with the date of America’s independence, a broken chain beside one foot symbolizing the abolition of slavery, and a guiding light held up for the world to see, the structure is loaded with symbolism. The sonnet “The New Colossus,” written by Emma Lazarus for the statue, reads in part: “Here at our sea-washed, sunset gates shall stand / a mighty woman with a torch, whose flame / is the imprisoned lightning, and her name / Mother of Exiles.” The statue has stood watch over New York Harbor for more than 130 years, as the nearby city skyline evolved and grew dramatically. Gathered below, images of the Statue of Liberty, inside and out, from her birth in Paris to the present day.