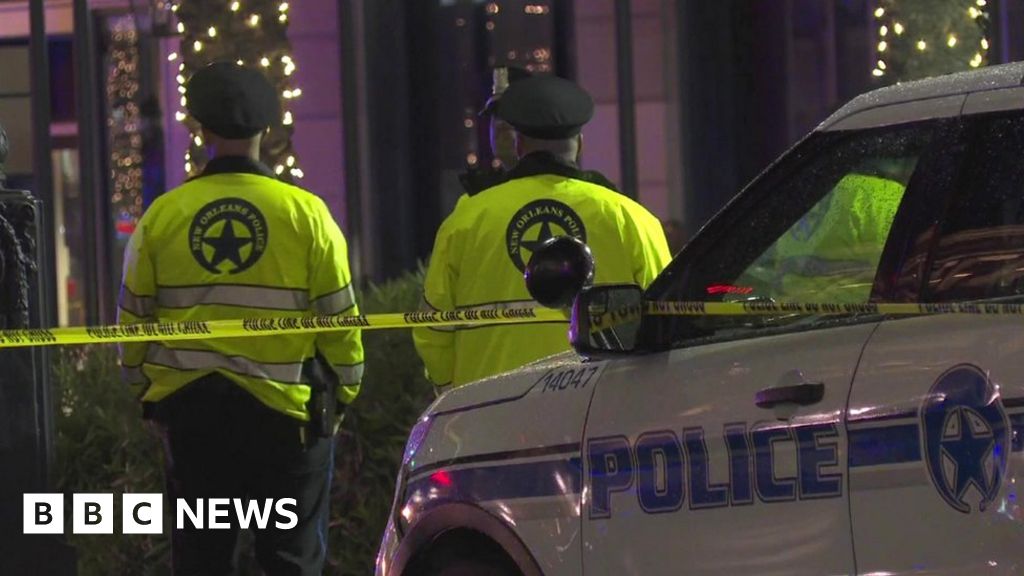 Police in New Orleans say there have been 11 victims of a shooting incident in the city’s French Quarter tourist hub.

US media quoted one officer as saying two people were in critical condition. No fatalities have been reported.

The incident took place on Canal St between Bourbon and Chartres streets at about 03:20 local time (09:20 GMT).

Police said on their Twitter feed that “one suspect had been apprehended near the scene”.

They later said the person’s possible involvement was still under investigation and that no arrests had yet been made. No other details have been given.

The victims have all been taken to hospital.

Video footage from the scene showed numerous police vehicles cordoning off the area as forensic teams made checks.

Local media quoted Police Superintendent Shaun Ferguson as saying officers on the 700 block of Canal Street at the time believed that they were being fired upon.

The French Quarter has been hosting holidaymakers marking the weekend after Thanksgiving.

Thousands of fans and alumni have also been drawn to the city for the Bayou Classic football game traditionally played on Thanksgiving weekend between Southern University and Grambling State University.

On the same weekend in 2016, a man was killed and nine other people injured in a shooting on Bourbon St.

In June 2014, another shooting incident on Bourbon St left one person dead and nine injured.