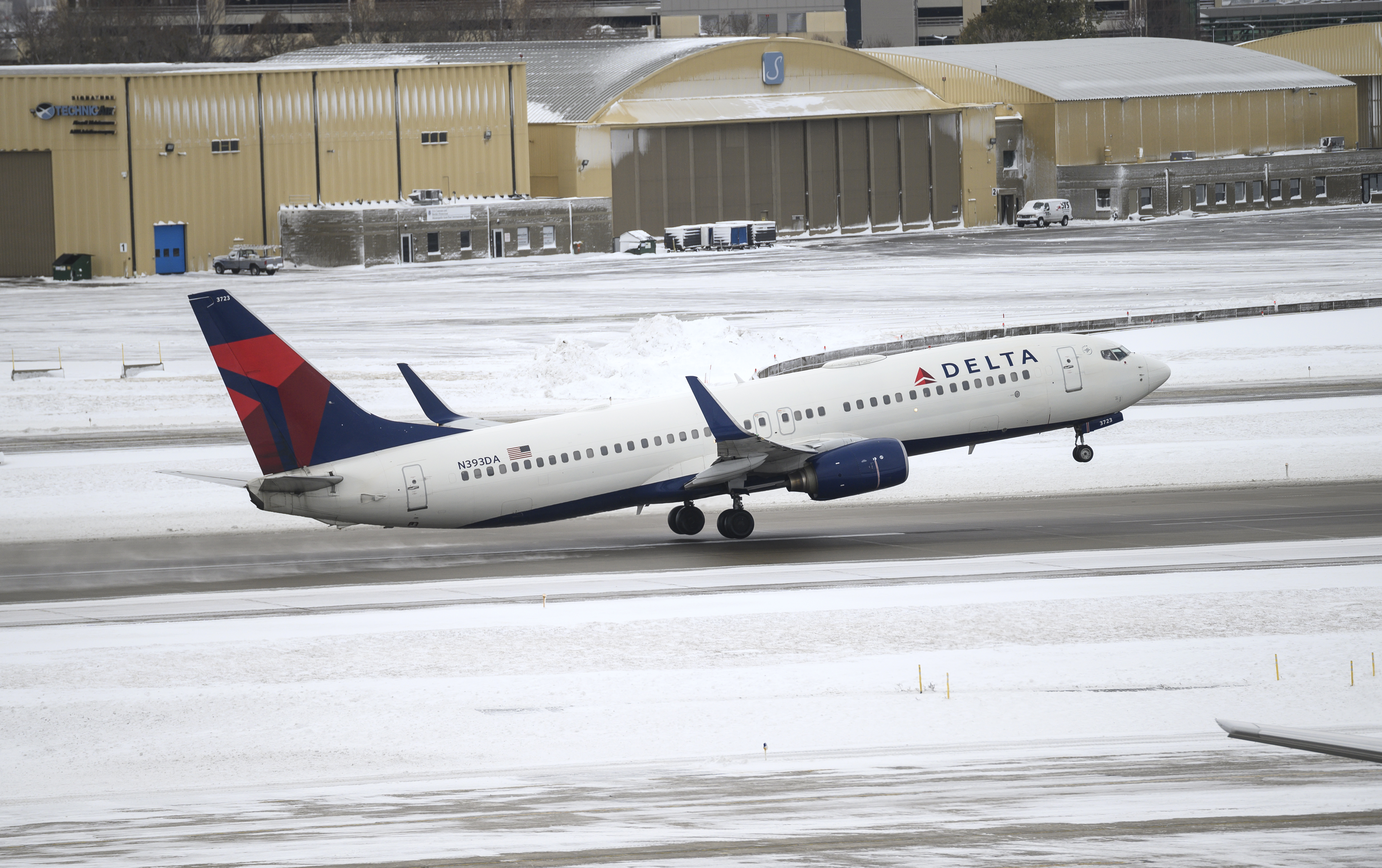 In what is shaping up to be a historically busy travel day in the US, airlines will see an anticipated 3.1 million passengers today, according to Airlines for America, an airline trade organization.

A record 31.6 million passengers were forecast to travel on US airlines during the Thanksgiving holiday period, up 3.7% from last year.

By mid-morning, 1,300 flights into or out of the United States had been delayed and almost 700 had been canceled, according to FlightAware.com. Travel impacts are expected to last through Monday, the weather service said.

Delta Airlines announced weather waivers for 16 cities in the Upper Midwest on Saturday, and 22 cities in the Northeast for Sunday and Monday, including airports in Boston and the New York area.

American Airlines issued waivers for passengers traveling Sunday and Monday on flights to and from New York’s John F. Kennedy and LaGuardia airports as well as Newark and the airline’s hub in Philadelphia. Other cities in the American Airlines announcement include Boston, Buffalo, Pittsburgh and Toronto, Canada.