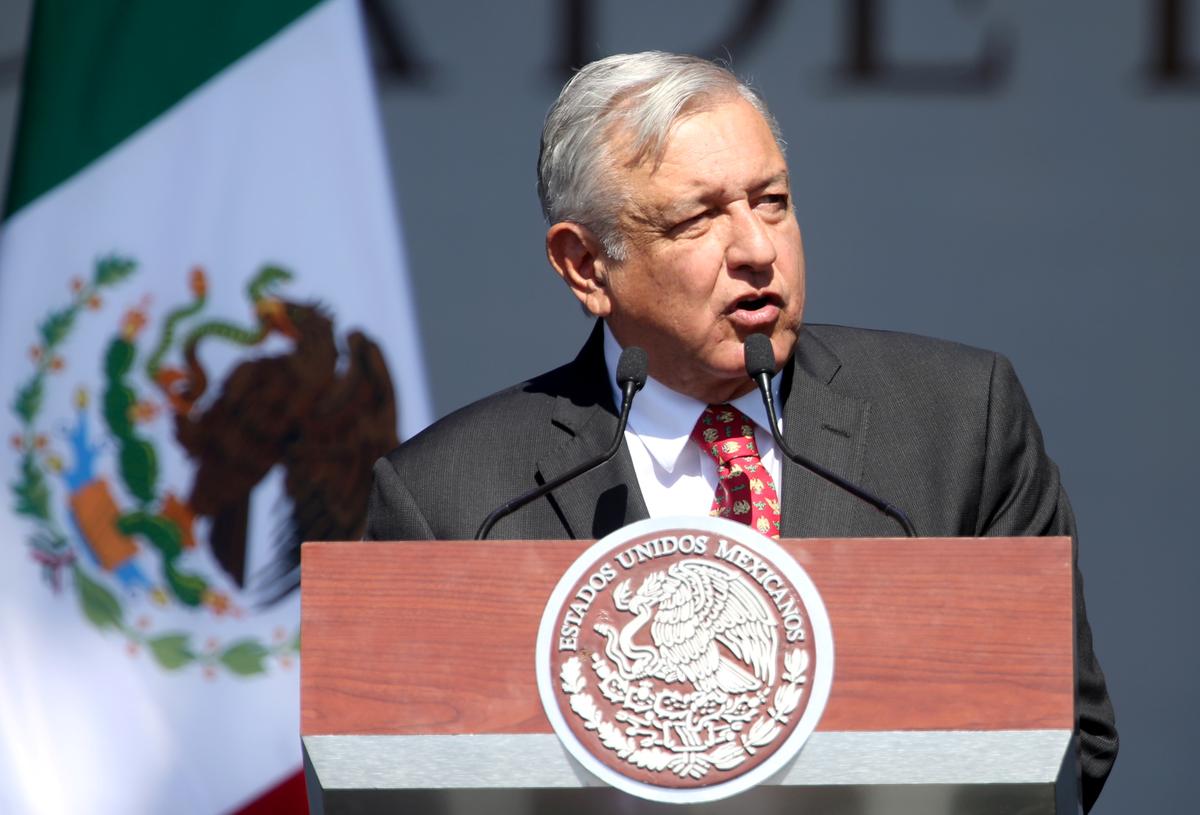 Lopez Obrador, a veteran leftist, was speaking on the first anniversary of his assumption of power to a crowd of tens of thousands of supporters in Mexico City’s Zocalo central square.

The president took office pledging to raise economic growth to 4% per year. However, the economy has stagnated and slipped into a mild recession during the first half of the year.

Slowdowns in the first year of a new government are not uncommon in Mexico, which has had to contend with the threat of economic disruption by U.S. President Donald Trump.

Foreign investment to Mexico has held up, but domestic investors have been rattled by decisions made by Lopez Obrador, including his abrupt cancellation of a $13 billion new Mexico City airport a few weeks before he took office.

Lopez Obrador said the project was unsound and tainted by corruption, arguing that so-called “neo-liberal” policies have deepened social divisions and fuelled gang violence in Mexico.

He has put welfare programs at the centre of his economic policy, cutting out intermediaries in the distribution process that he said were siphoning off money intended for the poor.

Latin America’s No. 2 economy depends heavily on access to the U.S. marketplace to fuel growth, and the government is eager for U.S. and Canadian lawmakers to approve a new trade deal known as the United States-Mexico-Canada Agreement (USMCA).

Mexico approved the USMCA earlier this year and Lopez Obrador has urged the U.S. Congress to follow suit.

During his speech, the president said that he was confident the trade deal would be approved “very soon.”