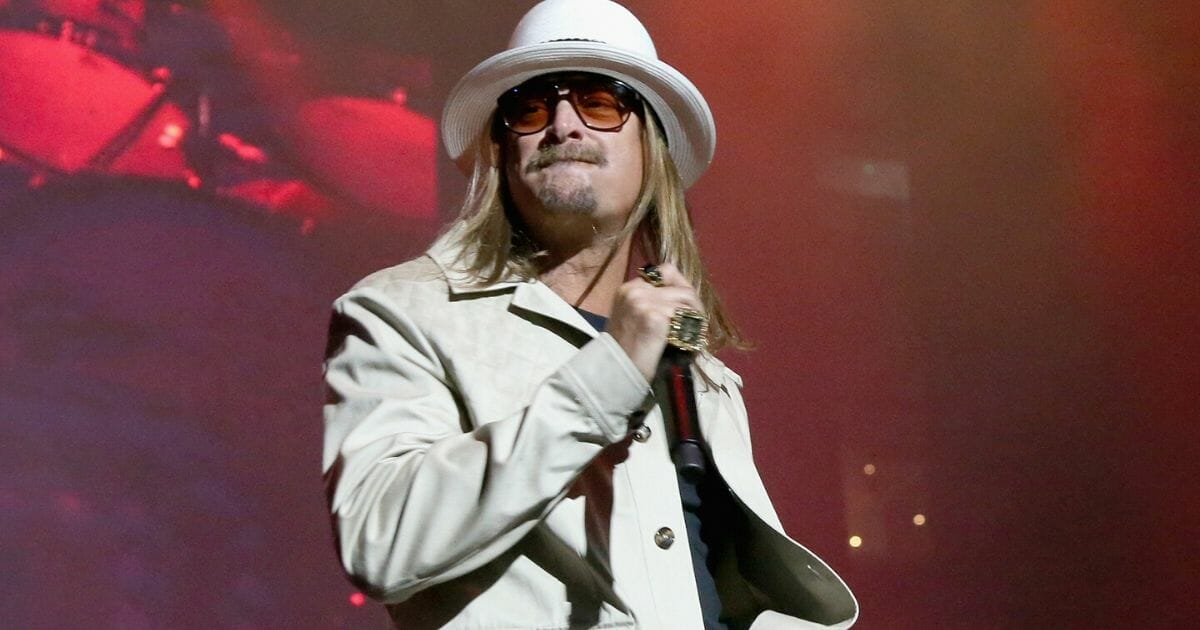 Entertainer Kid Rock on Friday offered up an explanation of sorts for a recent profane, drunken rant about Oprah Winfrey that became an online video sensation.

It was not a polite explanation.

“My people tried to get me to do The Oprah Winfrey show years ago and her people wanted me to write down 5 reasons why I loved her and her show… I said f— that and her. End of story,” he tweeted.

Someone in the audience recorded the rant, which was posted online by the website TMZ. (Warning: Obscene content.)

“Oprah Winfrey is like, ‘Hey, I want to get some white women to believe in this s—, well , f— her,” he said, adding a vulgarity about Winfrey.

During his brief monologue, Kid Rock veered off to talk about himself and defended his conduct, noting he’s not fond of Winfrey or “The View” co-host Joy Behar.

“I’m not a bad guy,” he said. “I’m just an honest guy that says I don’t like Oprah Winfrey or Joy Behar.”

Did Kid Rock go too far this time?

For reasons known only to Kid Rock, Kathy Lee Gifford’s name was thrown in as another woman on the entertainer’s bad list.

Elsewhere during the unfocused rant, he yelled into the microphone, “F— Oprah.”

Eventually, he was assisted from the stage.

RELATED: Kim Kardashian Responds to Kanye’s Concerns About How She Dresses, Says She’s Had an ‘Awakening’

Kid Rock has trashed Winfrey before.

In a 2008 interview with The Independent, he was asked to name a real-life villain.

“Oprah Winfrey, she rubs me up the wrong way. I just don’t believe her. Maybe it’s because I’m not one of the 150 million brainwashed women who heed her every word,” he said.

Kid Rock has also attacked Behar before. Last year, he was being interviewed on “Fox & Friends” and trashed Behar, leading to him being removed as the grand marshal of the Nashville Christmas Parade.