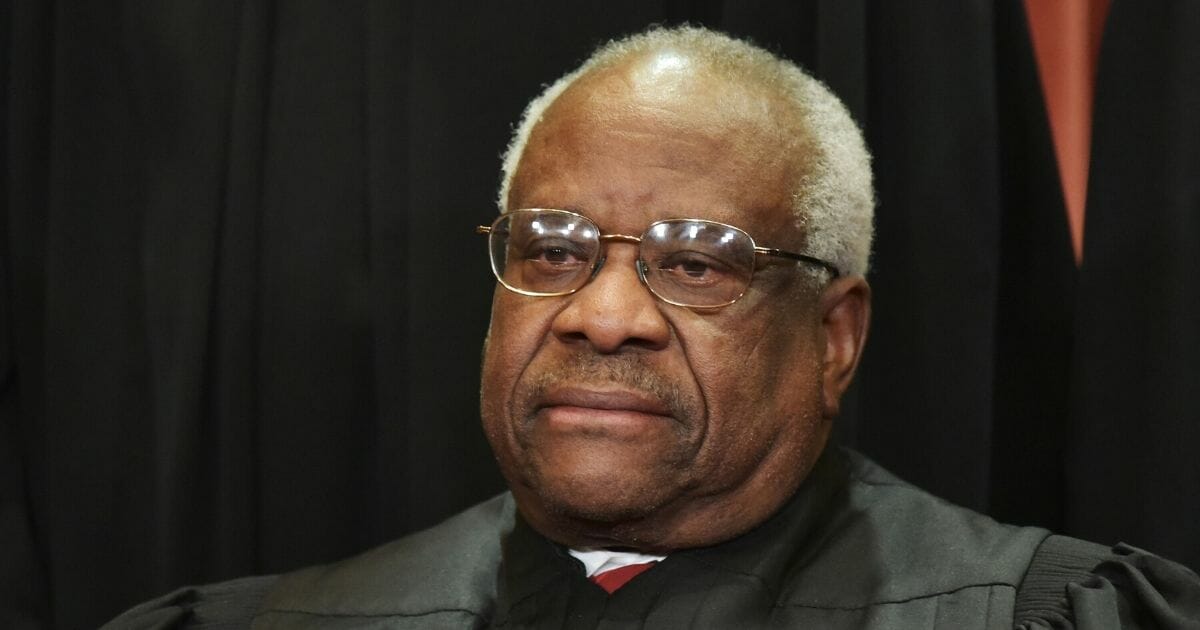 A new documentary contains this revelation and others, ABC News reported Thursday.

The unreleased movie, “Created Equal: Clarence Thomas in His Own Words,” consists of six months worth of interviews with Thomas conducted last year.

In total, Thomas was interviewed for 22 hours.

In one interview, Thomas reportedly scorched Democrats for their treatment of him.

TRENDING: Bloomberg: Raising Taxes on the Poor Is Good Because They’ll Live Longer

Democrats controlled the Senate during Thomas’ 1991 Supreme Court confirmation hearings, and then-Sen. Joe Biden was chairman of the Judiciary Committee at the time.

“But it turned out that through all of that, ultimately the biggest impediment was the modern-day liberal,” he continued. “They were the ones who would discount all those things because they have one issue or because they have the power to caricature you.”

Thomas also reportedly made it clear he was not the only black conservative who’s had to deal with this sort of behavior.

“There’s different sets of rules for different people,” he said, according to ABC.

“If you criticize a black person who’s more liberal, you’re a racist,” he added. “Whereas you can do whatever to me, or to now [Housing and Urban Development Secretary] Ben Carson, and that’s fine, because you’re not really black because you’re not doing what we expect black people to do.”

Thomas hit the nail on the head.

And this sort of behavior isn’t just something liberals are guilty of.

So-called “Republican strategist” Ana Navarro recently made headlines for her racist take on blacks Americans’ movement towards conservative politics after polling showed a growing amount of support for President Donald Trump among African-Americans.

We see this sort of thing from the establishment media, too. Carson, for instance, has been labeled a “21st Century Uncle Tom,” while Diamond and Silk have been accused of running a “con.”

While the Ku Klux Klan still boasts members, it seems that conservative black Americans are more likely to face racism from “tolerant” liberals, those in the media and even some self-described Republicans, like Navarro.

Unfortunately, it doesn’t look like liberal America is ready to face that fact just yet.

“Created Equal: Clarence Thomas in His Own Words” is set to be released in early 2020.