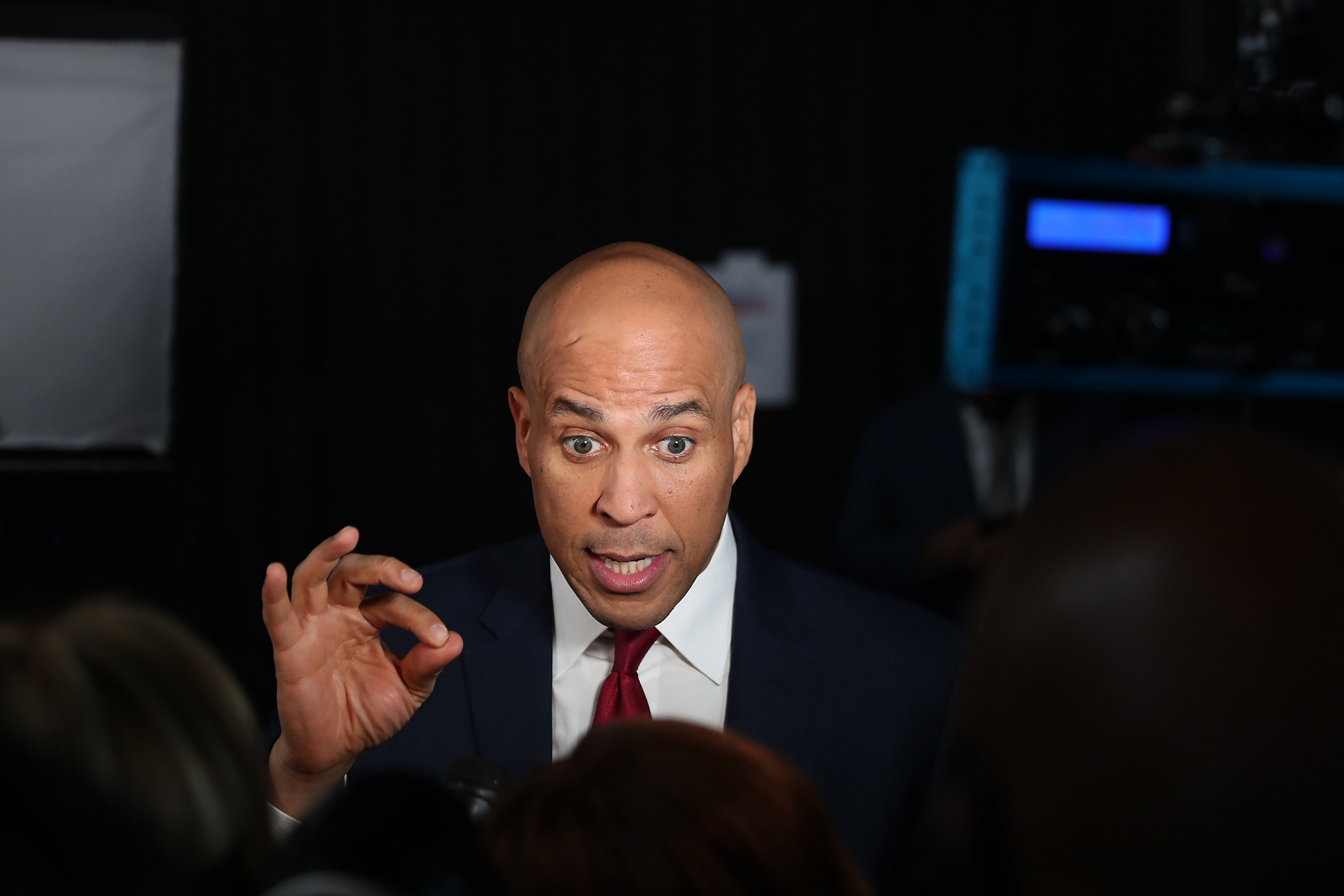 New Jersey Senator Cory Booker reiterated his calls for unity and an end to partisan “tribalism” in Washington, pleading with American voters to reconsider and donate to his 2020 presidential campaign.

Booker, whose campaign has been struggling in polls and fundraising, appeared on CBS’ Face the Nation Sunday. Host John Dickerson repeatedly questioned if Booker’s message of “love and unity” is resonating with Americans given that he’s struggled to gain much traction on the campaign trail or in polls. Booker brushed off that suggestion and said he has more endorsements from local leaders than any other candidate.

“You’re struggling to stay alive,” Dickerson told the Democratic contender. “You talk about love and unity. You’ve talked about that throughout. Is that message not selling?”

“Well it is, in the sense that right now we see from local leaders in Iowa and New Hampshire there’s no candidate who has more endorsements than I do from folks on the ground who are trying to make things happen for the American people,” Booker replied.

“We see my favorability is now number three, we’re now number three in Iowa, so it’s working, it’s not translating to people choosing me in the polls, this is why we’re making more ads and hopefully more people go to my website and make contributions so we can do more of that,” he added.

Booker said the primary reason he first entered the 2020 race was to “affirm that the lines that divide us are not as strong as the ties that bind us. I’m running for president because I think the next president, especially after this one, has to be a healer, has to put ‘indivisible’ back into this one nation under God.”

The next debate on December 19 will be hosted by Politico and PBS NewsHour, and requires candidates to have at least 200,000 donors, with 800 of this individual donors coming from 20 different states. “Is your campaign facing a do-or-die moment in terms of getting on the campaign stage?” Dickerson asked.

“It’s one of those moments where–and people have responded to this before–that if you want me in this race, that if you want my voice and my message, which is resonating, then I need help,” Booker said. “I need people to go to CoryBooker.com and contribute so we can do what I see a lot of the billionaires in the race [are] doing, which is just running non-stop ads to boost their poll numbers.”

“I’m not taking corporate PAC money, I’m running on individual contributions and that’s what we’re going to need to keep going,” he continued.

Recently, a pro-Booker Super PAC, United We Win, is running an ad in Des Moines and Cedar Rapids, Iowa, which takes aim at South Bend, Indiana Mayor Pete Buttigieg. Booker appeared surprised by the ad during a Friday appearance on CNN in which a brief clip of the ad was aired. Booker has long claimed to disavow PAC money for his 2020 campaign.

Booker also told CBS News on Sunday that partisanship is becoming “tribalism,” and that Americans are hating each other simply “because we vote differently.”