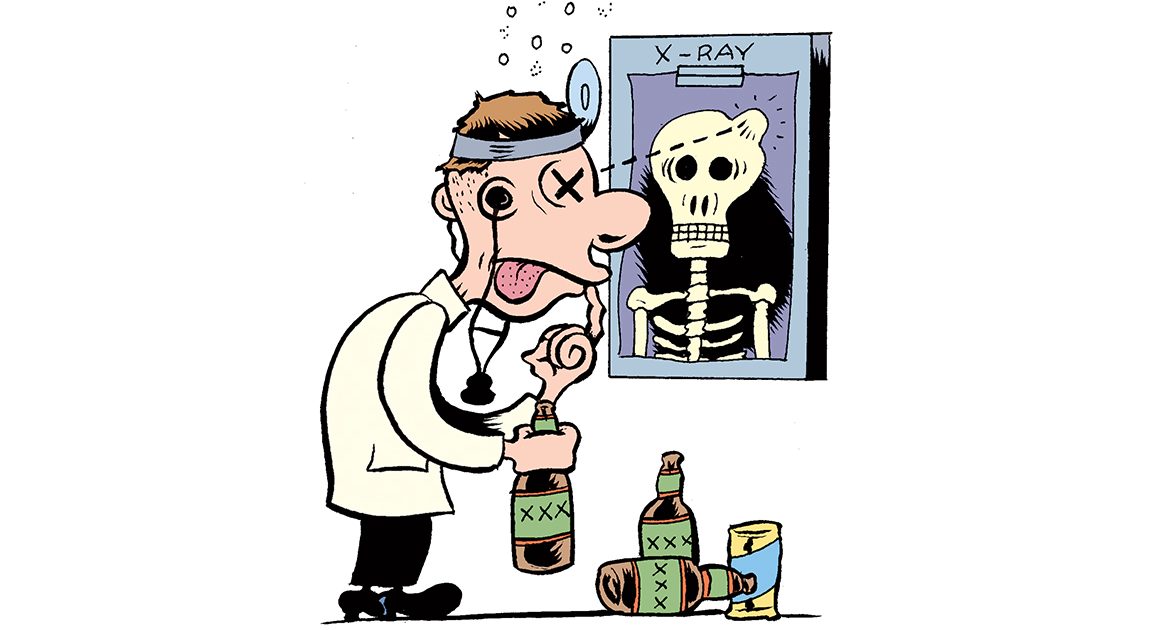 In Colorado, officials at Loveland High School barred Nathan Myers from classes after someone used an anonymous tip service run by the state attorney general’s office to report he was planning to attack the school. Myers had posted a video to Snapchat before a family trip to a gun range; it showed some of his mother’s firearms and was captioned “Finna be lit,” slang meaning that he was going to have a good time. Police were summoned, and while they quickly determined nothing was amiss, the school did not allow Myers back until it had conducted a threat assessment.

Police in Ipswich, England, arrested Lindsey Webb for putting out her recycling in the wrong color bags. Prosecutors say the change from black to orange and clear bags had been clearly publicized. But Webb says she was never given any of the new bags by the local council, even after asking for them. A judge gave her a six-month conditional release and ordered her to pay the Ipswich council 50 pounds (about $61).

An audit has found nearly 60 former municipal employees in Sacramento, California, including 18 former police officers, continued to use their government IDs to get free gasoline after leaving city employment. All told, they took some 10,000 gallons of fuel. The fleet management division was informed the employees had retired, resigned, or been fired, but it did not revoke their access to city fuel pumps. 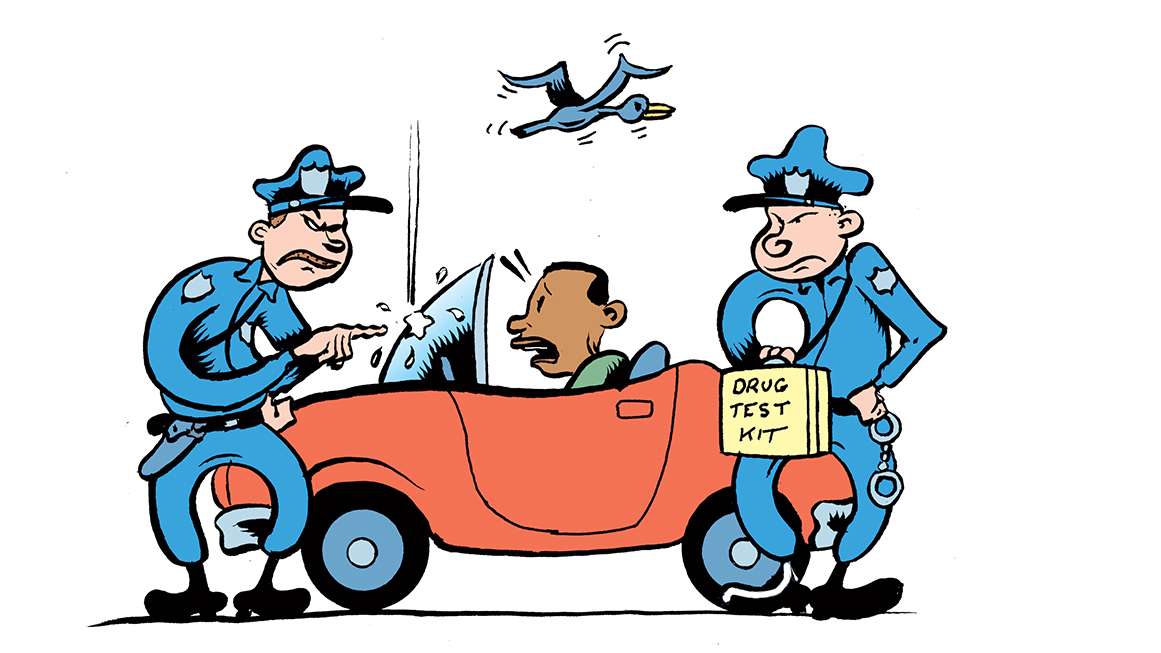 When Saluda County, South Carolina, sheriff’s deputies pulled Shai Werts over for speeding, they noticed a white substance on the hood of his car. Werts, the starting quarterback for Georgia Southern University, told them it was “bird poop.” But a drug field test said it was cocaine, so they arrested Werts for possession. A little over a week later, a lab test came back negative for cocaine or any other controlled substance.

The owner of the Victoria Saloon in Sparks, Nevada, says the city is trying to force him to raise prices on drinks during some events, undercutting his competitiveness with the nearby Nugget Casino Resort. Johnny Eastwick leases the space for his sidewalk patio from the city, and he says officials offered to renew his lease only if he agreed to match the Nugget’s prices on drinks during special city events, a requirement he says would force him to double or, in some cases, nearly triple his prices. He refused, and the city confiscated his patio furniture. 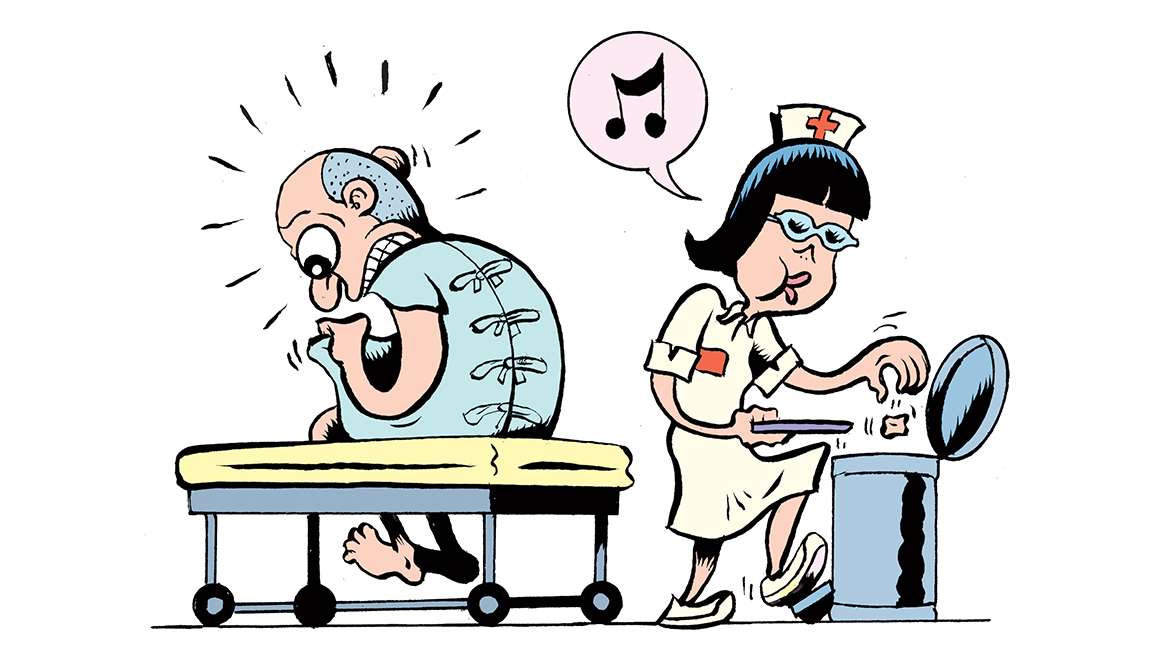 The Leicester Royal Infirmary, a National Health Service hospital in England, has agreed to pay Terry Brazier 20,000 pounds (about $24,300) for mistakenly circumcising him. Brazier, 70, had gone to the hospital to have Botox injected into his bladder, a treatment for incontinence. 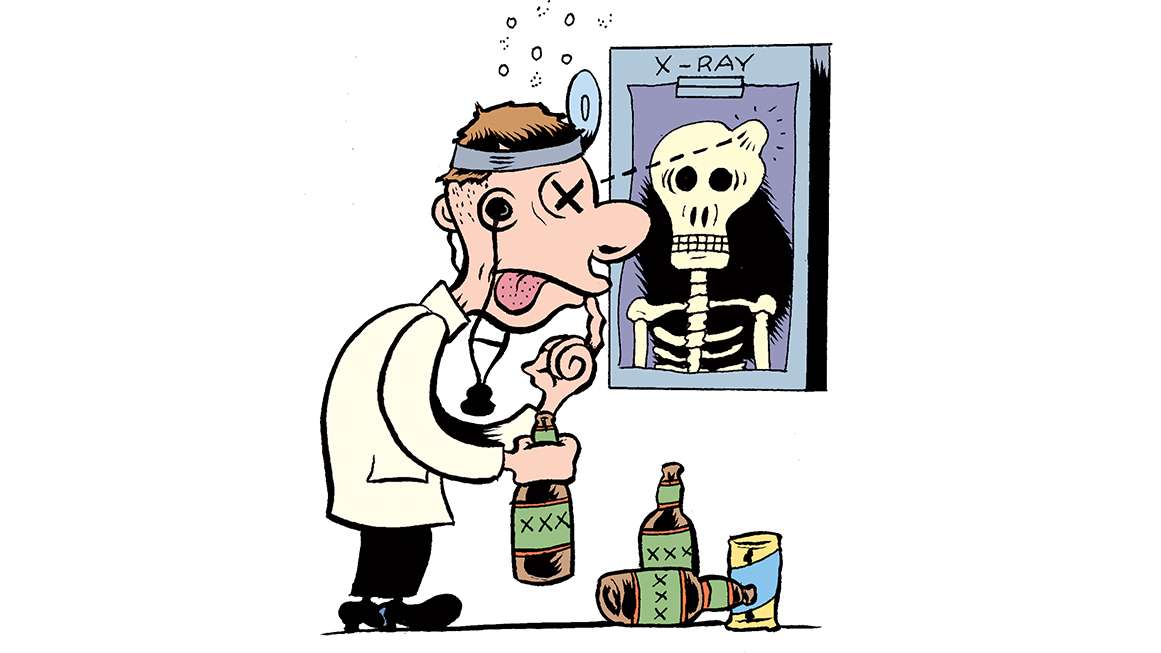 Federal prosecutors have charged Robert Morris Levy—a pathologist at the Veterans Affairs clinic in Fayetteville, Arkansas—with three counts of involuntary manslaughter in connection with the deaths of veterans whose diagnoses he got wrong. The V.A. says he improperly diagnosed at least 15 patients who later died and at least 15 others whose health was seriously harmed. Records show Levy frequently showed up for work under the influence of alcohol. He was repeatedly suspended, but he didn’t get fired until he was arrested for DUI.