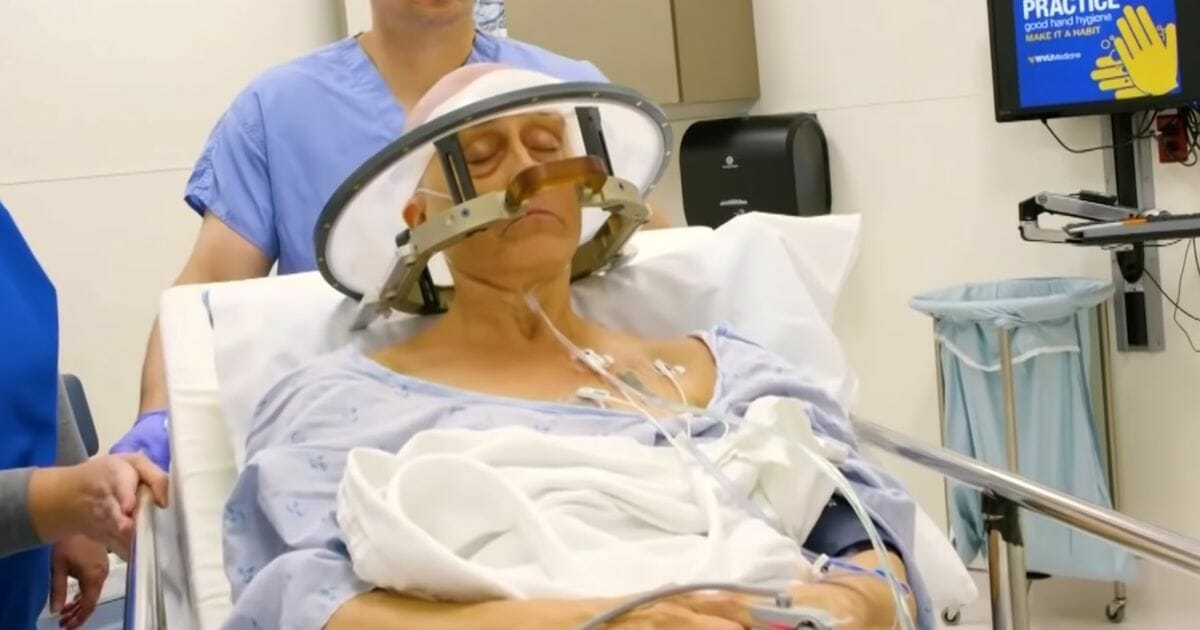 One year after experts at the West Virginia University Rockefeller Neuroscience Institute made a historic breakthrough in treating patients with Alzheimer’s Disease, the first patient from the trial has spoken out about the improvements she and her family have noticed.

In October 2018, a team of neurologists at WVU discovered that focused ultrasound waves could be used to temporarily open the blood-brain barrier, a semi-permeable barrier between the brain’s blood vessels and cells that make up brain tissue.

The blood-brain barrier protects the brain from harmful germs. However, the barrier also blocks larger molecules, immune system cells, medicine such as chemotherapy and more from getting in as well, according to PBS NewsHour.

By injecting microscopic bubbles which vibrate once hit with a different frequency of ultrasound waves, researchers have been able to temporarily open the blood-brain barrier in some patients to allow larger molecules from medicine to pass to targeted areas of the brain.

Yet there is still no medicine proven to effectively treat Alzheimer’s.

The focused ultrasound treatment has also shown a decrease in the plaques found in the brains of mice and early data shows that the treatment may be doing the same for patients taking part in the clinical trial.

“Plaques are these clusters of proteins that accumulate and they block-up the brain’s connectivity,” Dr. Ali R. Rezai, a neurosurgeon at WVU, told WVNews in 2018.

Polak, 61, was first diagnosed with early-onset Alzheimer’s nearly six years ago, but said in 2018 that the clinical trials helped her cope with the devastating diagnosis.

“It was hard to say that I have Alzheimer’s,” she said. “I didn’t want to be the person who felt sorry for myself and so we looked at clinical trials as a way to help not only me but other people too.”

Polak’s husband, Mark Polak, told PBS NewsHour they decided to enroll her in the clinical trial after a friend shared an inspirational message.

“One of our good friends said, ‘The first person to be cured with Alzheimer’s is alive today.’ And that became my morning and evening prayer,” he said through tears.

Although Polak has not been given medicine that could treat her Alzheimer’s directly, she and her family believe they have seen improvements over the past year.

RELATED: Man Sings to 86-Year-Old Mother-in-Law with Alzheimer’s To Make Her Feel at Ease

“I feel that I have more cognitive awareness,” she said. “I’m better than I was before.”

Researchers, however, are continuing to run objective memory tests to determine if the clinical trial is truly working.

“It’s hard to tell what’s true change and what’s just fluctuation,” Mark Haut, a neuropsychologist at WVU, said. “Even your memory is better some days than others, mine clearly is and Judy’s is going to be even more affected by this daily variation.”

Polak, however, continues to cling to the hope that she has seen improvement and believes the treatment is working.

“I think there’s still a lot of tangles,” Mark Polak said, “but I have to believe that there’s a slight improvement. Which, for me is a victory. If we get an hour more of her, that’s been well worth it.”