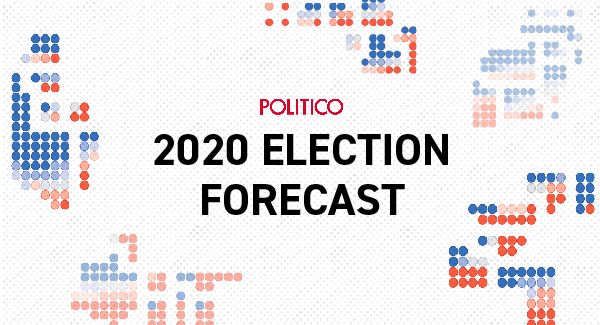 What American politics will look like after 2020 is anyone’s guess. But we’re taking our best shot.

Introducing POLITICO’s 2020 Election Forecast: ratings for every national contest, from all 538 votes in the Electoral College, down to the 435 House districts — and everything in between.

We’ll be updating our rating throughout the year. Some key points from our latest predictions:

The ratings are the product of a rigorous process, analyzing election results, registration trends, the national environment, public polling and private survey data. They also reflect conversations with dozens of campaign operatives, pollsters and other sources.

They’re presented on a seven-point scale: Races that are “solid” for each party are essentially locked in. Those favoring one party are rated as “likely” or “lean,” depending on the strength of the party’s advantage. Contests in which one party does not hold a marked edge are rated as “toss-ups.”