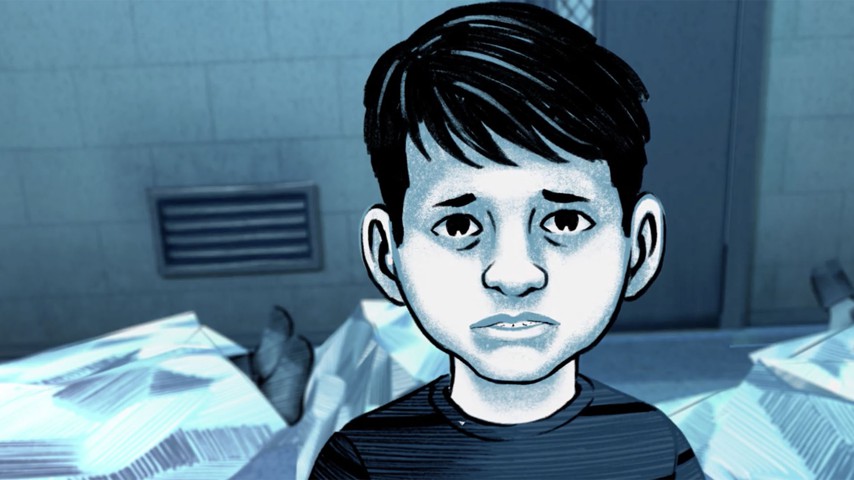 “I was home when I saw two vans pull up. They opened the van, and out came the kids. They were all walking in a line. I don’t know what’s actually going on in there. I hope they’re okay.”

When a concerned neighbor sent this note to Reveal from The Center for Investigative Reporting, Aura Bogado went to Phoenix right away to investigate. What the journalist found was an unmarked office building. It was filled with children, according to reports from eyewitnesses. No one knew who these children were, why they were there, or whether this was a legal operation.

It wasn’t. Bogado discovered that the building had been leased by MVM, a Virginia-based defense contractor that has received contracts worth up to $248 million to transport migrant children since 2014. In 2017, MVM was awarded an $8 million, five-year contract to provide “emergency support services” to the government agency in charge of housing unaccompanied migrant children. MVM claimed that it did not operate shelters or house minors. The previously vacant office building was not licensed by Arizona to hold children. It had no bedrooms, showers, or kitchen.

Wilson was 6 years old when he was held in that office building after being separated from his mother, Tonita, at the U.S.-Mexico border. Two months after their separation, a judge ordered the government to reunite separated families, and Wilson was returned to the care of his mother.

“One of the things that struck me is that [Wilson] had such a clear memory of what had happened,” Bogado told me.

Wilson’s and Tonita’s experiences are reconstructed with haunting, evocative imagery in The Office of Missing Children, an animated film from Michael Schiller. Based on Bogado’s reporting, the film details how, after fleeing Guatemala and seeking asylum in the U.S., mother and child were separated and denied information about or contact with each other. After 20 days, Tonita says in the film, “they barely gave me a four-minute call.”