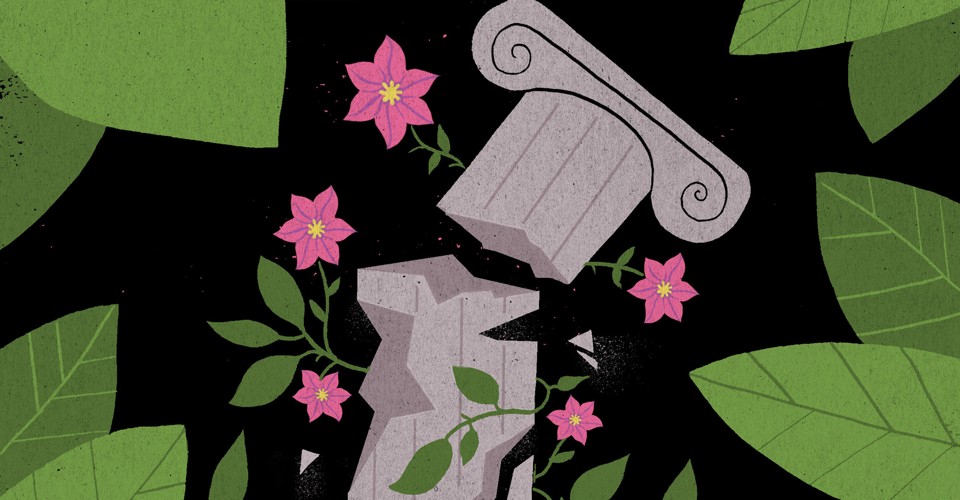 Based on my own experience I could give a hundred examples of this attitude from around the country, virtually none of them drawing national attention and many of them involving people creatively expanding the roles of libraries, community colleges, and other institutions to meet local needs. Here is just one, from Indiana: The factory town of Muncie is famed as the site of the Middletown sociology studies a century ago. It was the longtime home of the Ball Brothers glass-jar company, since departed. It is still the home of Ball State University, steadily growing. Like other manufacturing cities in the Midwest, Muncie has battled the effects of industrial decline. Among the consequences was a funding crisis for the Muncie Community Schools, which became so severe that two years ago the state took the system into receivership.

Last year, Ball State University became the first-ever public university in the country to assume direct operational responsibility for an entire K–12 public-school system. The experiment has just begun, and its success can’t be assured. But getting this far involved innovation and creativity in the political, civic, financial, and educational realms to win support in a diverse community. “I was talking with a state senator about the plan,” Geoffrey S. Mearns, who has been president of Ball State since 2017 and is a guiding force behind the plan, told me this year in Muncie. “After listening for 15 minutes, he said, ‘You’re crazy. Don’t do this. Run away.’ After another 15 minutes, he said, ‘You’re still crazy. But you have to do it.’ ”

This craziness and commitment keeps a culture alive. A new world is emerging, largely beyond our notice.

Our Towns: James Fallows on how a local newspaper survives

Even when the formal ties of the Roman empire had broken, informal links connected its various parts. In the absence of the Roman state, there was still the Latin language as the original lingua franca; there was still a network of roads. Christianity in some form was a shared religion. Today the links include trade, travel, family lineage, and collaborative research—links that, like the internet, were forged in an era of functioning national and global institutions but with a better chance to endure. “With the waning of federal government, you’d see some states really big enough to act as countries, starting of course with California,” Anne-Marie Slaughter, the CEO of the think tank New America, told me. “You could imagine Texas working with Mexico, and New England with Canada—and the upper-Midwest states as a bloc, and the Pacific Northwest.” She pointed out that states can’t sign formal treaties—but then again, the U.S. Senate has not approved a major treaty in years.

Morley Winograd, a former adviser to Al Gore and a co-author of the new book Healing American Democracy: Going Local, argues that networked localities have already taken effective control of crucial policy areas. “If recent trends continue,” he told me, “there’s no reason why community colleges won’t be tuition-free across the country, without any federal role. It’s happened in 13 states, and we’re near a tipping point.” After Donald Trump withdrew the United States from the Paris climate accord, more than 400 U.S. mayors, representing most of the U.S. economy, said their communities would still adhere to it. “That is where most of the leverage lies on sustainability—with mayors and governors,” Winograd told me. He gave the example of planting trees, which might sound insignificant but, according to a new study by researchers in Switzerland, could be a crucial step toward removing excess carbon dioxide from the atmosphere. “This could spread city by city, state by state, with no federal involvement or limitation,” he said. Last year, the Trump administration said it would abandon the targets for cutting automobile emissions and improving fuel efficiency that the Obama administration had said automakers must reach. This year, Ford, BMW, Volkswagen, and Honda announced that they would ignore the shift in federal policy. Instead, they would “recognize California’s authority” to set strict emissions and efficiency standards, and would sell cars meeting those standards in all 50 states.