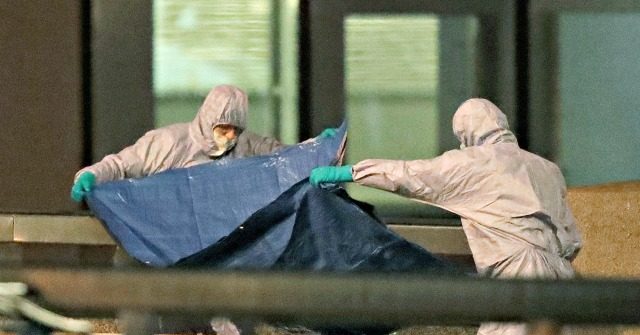 The suspected attacker responsible for Friday’s deadly stabbing in central London was a convicted terrorist who was recently released from prison and believed to possess ties to Islamic extremist groups, according to The Times.

Earlier, a knife-wielding man stabbed several people at London Bridge, killing two and wounding three others. Police shot the suspect dead at the scene. He is said to have worn a fake explosive vest and an electronic prison tag. Prior to the attack, the knifeman threatened to blow up Fishmongers’ Hall, where he was reportedly planning to attend a conference on prisoner rehabilitation organized by the University of Cambridge, reports The Times. Authorities are treating the deadly incident as a terror attack.

Pedestrians and vehicular commuters described the fear they felt and the chaos at the scene. Ulig Bek of Uzbekistan told The Times: “I saw the guy lying on the ground and didn’t know what was going on.”

Bek, who video-recorded shots being fired, added: “The police were shouting at him and he was shouting, ‘Help, help, help’. Everyone was so shook up. Police were screaming, ‘Put it down.’”

Authorities shut off traffic to London Bridge and closed a nearby train station during the incident. They later said that enhanced patrols would be implemented throughout the city during this busy shopping period.

“Obviously our thoughts are very much them and their families, their loved ones, everybody affected by the attack,” Johnson told reporters. “My thanks go first of all to the emergency services — the police, for their bravery and their professionalism, and to repeat again and give thanks again to members of the public who put themselves in harm’s way to protect others. I think they represent the best of our country.”

“I thank them on behalf of the rest of our country,” he added.

A NATO official said the alliance is not making any change in plans for next week’s summit in London. President Donald Trump is among those scheduled to attend.

Hours after the London Bridge attack, a knifeman believed to be 45-years-old wounded three people in The Hague’s busiest shopping street. The suspect is still at large. Police spokesperson Marije Kuiper told the Associated Press it is unknown whether the rampage was terror-related.

The UPI contributed to this report.