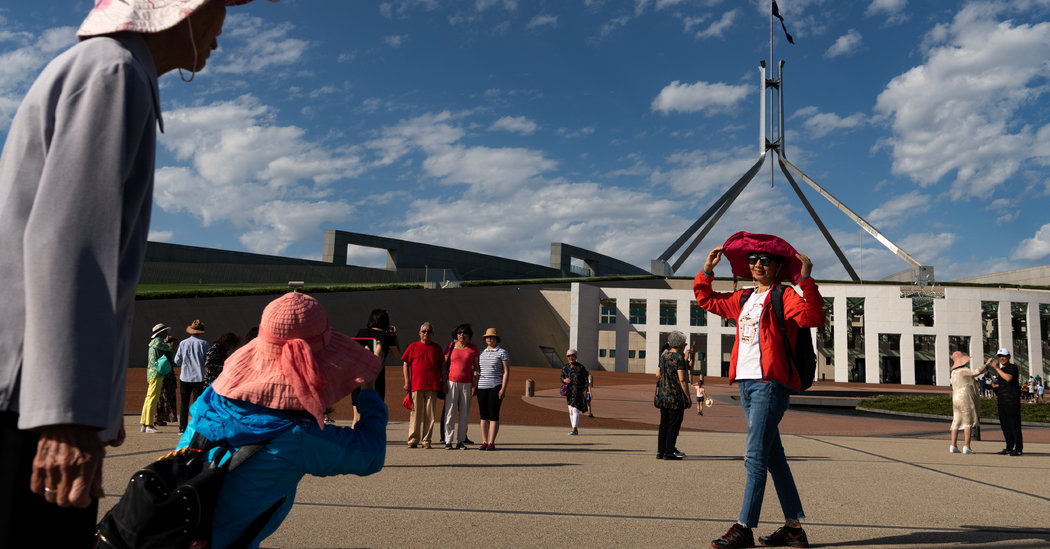 As a result, the country’s intelligence agencies have raised alarms about China in ways that most Australian politicians avoid. The agencies have never been flush with expertise on China, including Chinese speakers, yet they are now in charge of disentangling complex claims of nefarious deeds, all vigorously denied by China.

In the most troubling recent case, first reported by The Sydney Morning Herald and The Age, the Australian authorities have confirmed that they are investigating accusations made by Nick Zhao, an Australian businessman who told intelligence officials that he had been the target of a plot to install him in Parliament as a Chinese agent.

Mr. Zhao, a 32-year-old luxury car dealer, was a member of his local Liberal Party branch. He was a “perfect target for cultivation,” according to Andrew Hastie, a federal lawmaker and tough critic of Beijing who was briefed on the case. He told The Age that Mr. Zhao was “a bit of a high-roller in Melbourne, living beyond his means.”

Another businessman with ties to the Chinese government, Mr. Zhao said, offered to provide a million Australian dollars ($677,000) to finance his election campaign for Parliament. But a few months later, in March, Mr. Zhao was found dead in a hotel room. The state’s coroner is investigating the cause of death.

In a rare statement, Mike Burgess, the head of Australia’s domestic spy agency, said on Monday that his organization was aware of Mr. Zhao’s case and was taking it very seriously.

The Chinese government, however, called the accusations a sign of Australian hysteria.

“Stories like ‘Chinese espionage’ or ‘China’s infiltration in Australia,’ with however bizarre plots and eye-catching details, are nothing but lies,” the Chinese Foreign Ministry spokesman, Geng Shuang, said at a regular news briefing on Monday.