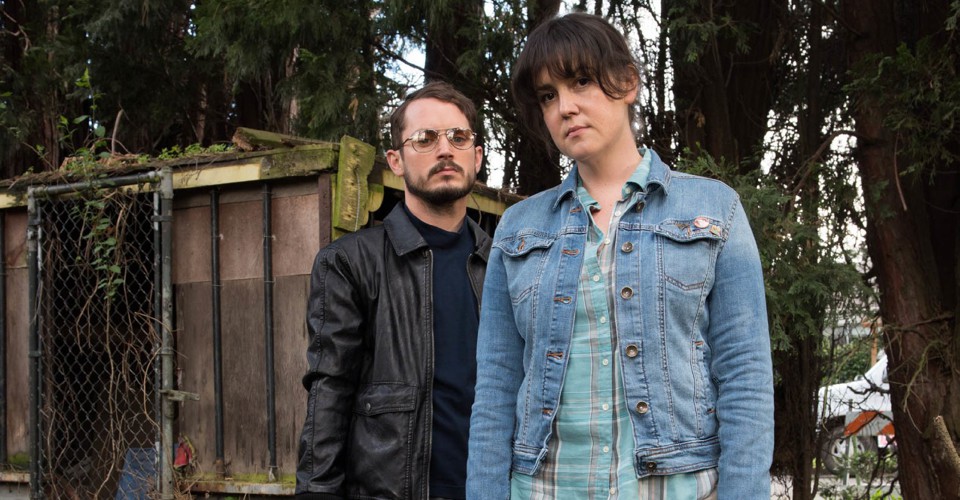 The protagonist, Ruth, is a nurse living a fairly dull life in an unnamed town. Blair takes special care to focus on the tiny, insignificant details that clearly weigh on her, whether it’s someone cutting in front of her at the supermarket, or a local dog constantly using her front yard as a bathroom. When Ruth’s home is burglarized, the loss of her possessions seems to matter less than the sheer indignity of the matter. The local cops do little more than take a report, leading her to decide to take the matter in her own hands.

But I Don’t Feel at Home in This World Anymore is less like Joel Schumacher’s Falling Down than it sounds, at least for most of its running time. Ruth’s confused mission is largely focused on finding her stuff at local pawn shops and taking it back; she’s more interested in reclaiming a little pride than in finding her laptop. She enlists her weirdo neighbor Tony (played by Elijah Wood) as backup, drawn to (if disgusted by) his shamelessness in letting his dog defecate on her property.

Tony is the kind of neighbor you’d probably try to avoid interacting with too much if he lived near you; he has a collection of nunchucks and ninja stars but little social aptitude. But he proves a perfect companion for Ruth, and is eager to use her quest for some ineffable sort of justice as an outlet for his own boundless rage. They’re an odd pair of heroes to root for, and there is something darkly alluring about watching them run amok. Ruth finally secures some small moments of petty triumph—that is, until she meets the shady perpetrators of her burglary and things really descend into chaos.

Blair started out as an actor working with his childhood friend Saulnier, the American indie-horror director who expertly deploys very realistic, very shocking scenes of violence in films like Green Room and Blue Ruin. So I Don’t Feel at Home in This World Anymore’s eventual nightmarish turn makes sense, and there’s certainly something to be said for the bloody creativity on display. But as the film goes on, it gets hard to figure out just what kind of a larger point Blair is looking to make. Is Ruth a modern-day Travis Bickle, similarly angry at society but far less adept at resorting to violence? If so, her heart doesn’t really seem to be in it by the time the stakes get truly deadly.

I Don’t Feel at Home in This World Anymore is most effective as a grumpy, shambolic comedy, a weird buddy picture for Lynskey and Wood that sees the former’s character dabbling in brutish selfishness and the latter’s enjoying a rare chance at a normal human friendship. It’s less interesting as a gory slapstick thriller, but the ending is memorable and Blair’s skill at directing action is undeniable. Still, the film perhaps works best of all as an unexpected treatise on the state of American manners in 2017—and as a story in which the real villain is humans’ collective lack of empathy.

David Sims is a staff writer at The Atlantic, where he covers culture.
Category: News
Tag: Atlantic World