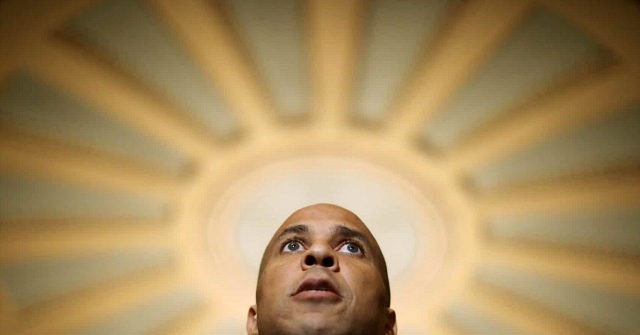 Friday on MSNBC, 2020 Democratic president hopeful Sen. Cory Booker (D-NJ) said if he is the Democratic Party nominee for president, November 2020 will be a “wave election,” which will win Democrats the majority in the U.S. Senate.

Booker said, “We’re the best person on that stage to unify the whole Democratic Party.”

He continued, “I think if I’m the nominee, quite seriously, we’ll have a wave election that we can pull out. We can win the senate seat in North Carolina, in Georgia, South Carolina.”

He added, “If we get a nominee that can excite the entire base from suburban women to the African-American core of our party, we’re going to see us winning seats that people think we can’t win like North Carolina. We won it when Obama ran. And we can pick up Senate seats. So my goal is to win the Senate back.”