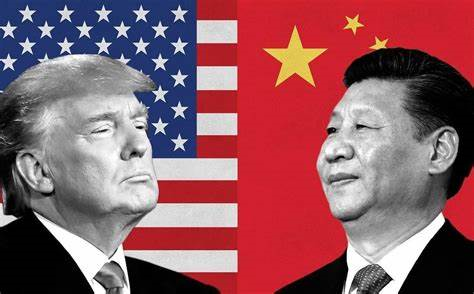 Which American president of the past fifty years has been toughest on the Chinese? The immediate answer to any rational person possessing the slightest bit of sentience would, of course, be President Donald Trump. However, according to Tuesday’s Washington Post fantasy by their Beijing bureau chief, Anna Fifield, the Chinese government loves Trump because they are supposedly able to manipulate him by reading his tweets and easily bribe him. Yes, bribe him.

Fifield bases her laughable report on the same type of anonymous sourcing, hostile opinions, and hearsay evidence that the Democrats are currently trying to use to impeach Trump. Fifield presents her fact-free fable in “China hopes Trump will be reelected: He’s ‘easy to read’.”

“Trump is a businessman. We can just pay him money and the problems will be solved,” said a politically connected person in Beijing, speaking on the condition of anonymity to talk frankly about sensitive international issues. “As long as we have money, we can buy him. That’s the reason why we prefer him to Democrats.”

Now that Fifield has established that Trump is corrupt, based on an anonymous source, she goes on to paint him as a simpleton who is easy to read:

Trump’s unfiltered tweets help China in negotiations because he is “easy to read,” said Long Yongtu, a former vice minister of foreign trade and China’s point man during its accession to the World Trade Organization in 2001, at a conference in Shenzhen this month. “We want Trump to be reelected; we would be glad to see that happen.”

Another “independent source” (controlled by the Chinese government) loudly proclaims how wonderful Trump has been for China: “Another influential voice in Beijing, Tsinghua University international relations professor Yan Xuetong, wrote recently that, thanks to Trump, China was facing ‘the best strategic opportunity’ since the Cold War.”

Yup! Trump has been too good to be true for the Chinese which is why their economy is now in such fantastic shape. Ooops! Never mind that but they really really love Trump in Chinese government circles. However, if they really wanted Trump to remain in the White House, would those officials really be boasting about how good Trump is for them? Of course not but that doesn’t seem to occur to Fifield since it would disrupt her Orange Man Bad narrative.

Fifield herself even stepped up on the soapbox to insist that the Democrat candidates for president would be much tougher on China than Trump:

A Democratic president would almost certainly take a more wide-ranging approach to China. The candidates struck a strident tone in the debate last week, with several vowing to increase pressure on China over its human rights abuses in Xinjiang and the erosion of freedoms in Hong Kong.

Unfortunately for Fifield, she also made an observation about Trump that was quickly contradicted by inconvenient reality: “Trump declared Friday that he would be willing to veto legislation designed to support pro-democracy protesters in Hong Kong — despite its near-unanimous support in the House and Senate — to pave the way for a trade deal with China.”

And the very next day after she wrote that, Trump signed that Hong Kong legislation. Impeccably poor timing.

At the risk of irking Fifield’s colleague, Washington Post media columnist Margaret Sullivan, I think it is fair to label her divorced from reality report with a term that Sullivan desperately wishes could be retired….. FAKE NEWS.