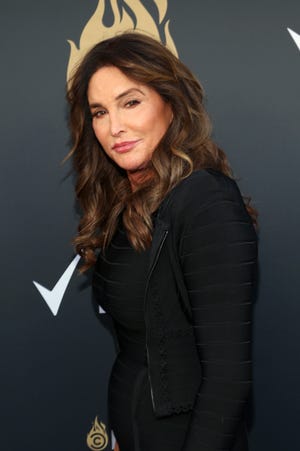 Caitlyn Jenner is opening up about her estranged relationship with Khloé Kardashian.

On the latest episode of the British TV series “I’m A Celebrity… Get Me Out Of Here,” the Olympic gold medal-winning decathlete turned reality star admitted that she hasn’t spoken to her step-daughter since she transitioned from Bruce to Caitlyn.

The first person she came out to “was the kids,” Jenner revealed, before she publicly identified as transgender in 2015.

“I went through every kid, and Khloé for some reason was pissed off about something through this whole process,” Jenner solemnly told her castmates. “It’s been five or six years and I really haven’t talked to her since.”

The 70-year-old said her strained relationship with Kardashian, 35, is drastically different from their past bond: “We were really close, I raised her since she was 5 years old.”

Jenner continued: “I really don’t know what her issues are.”

Jenner served as a step-parent to Kardashian and her older siblings Kourtney, Kim and Rob after marrying their mother Kris Jenner in 1991. Jenner and Kris share daughters Kendall and Kylie.

Jenner recently celebrated her birthday in October with many members of the “royal family of entertainment,” as Jenner described the group.

“Such a special birthday dinner with family,” she captioned an Instagram picture of herself holding a birthday cake next to Kylie, Kendall, Kim and Kourtney. “Love you all.”

Khloe Kardashian was noticeably missing from Jenner’s birthday celebration. USA TODAY has reached out to Kardashian’s representatives for comment.

USA TODAY reached out to Kardashian’s rep for comment.