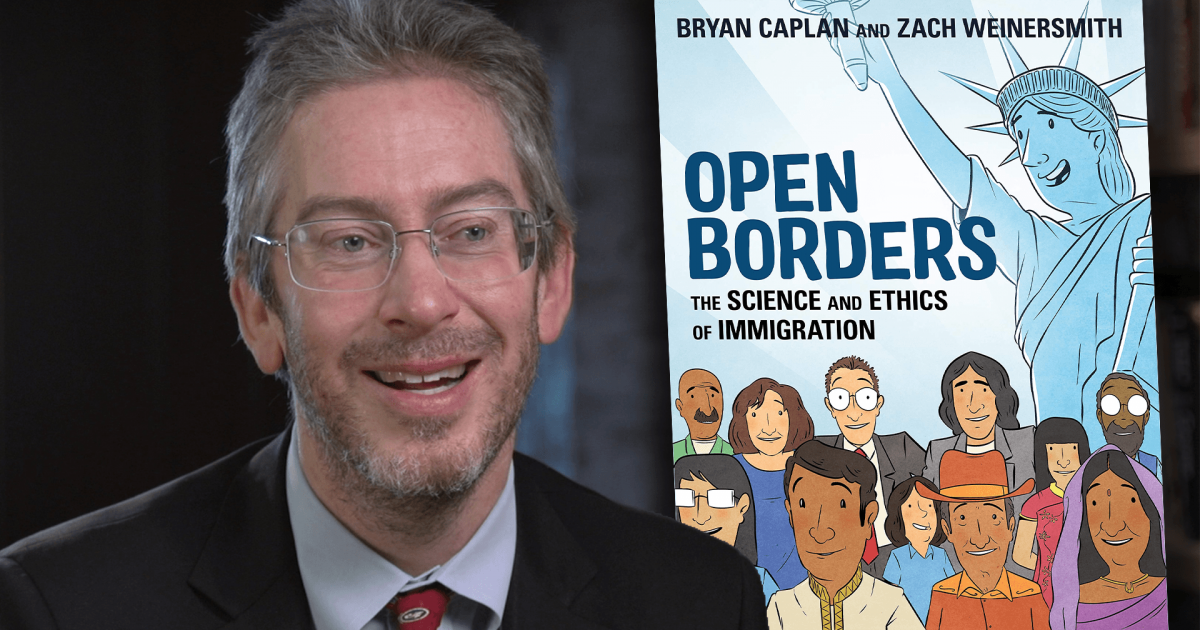 George Mason economist and recreational controversialist Bryan Caplan has teamed up with artist Zach Weinersmith of Saturday Morning Breakfast Cereal fame for one of the most ambitious crossovers in nerd history. The result of their partnership is a surprisingly readable visual case for open borders, in which a cartoon Caplan grapples with zombies, hangs out with basketball players, and quarrels with Milton Friedman.

The arguments in Open Borders: The Science and Ethics of Immigration are rather sophisticated and extremely entertaining—much more so on both fronts than skeptics of the genre might expect.

Of particular note is a lively debate about Friedman’s claim that “you cannot simultaneously have free immigration and a welfare state,” and other libertarian arguments against open borders. The bespectacled cartoon Friedman looks enough like Caplan himself that Weinersmith has distinguished the two by draping a Nobel Prize around Friedman’s neck, a charitable gesture to the person he’s arguing against.

Katherine Mangu-Ward sat down with Caplan to talk about why he can’t stop picking fights, common arguments against open borders, and what his family owes to immigration.