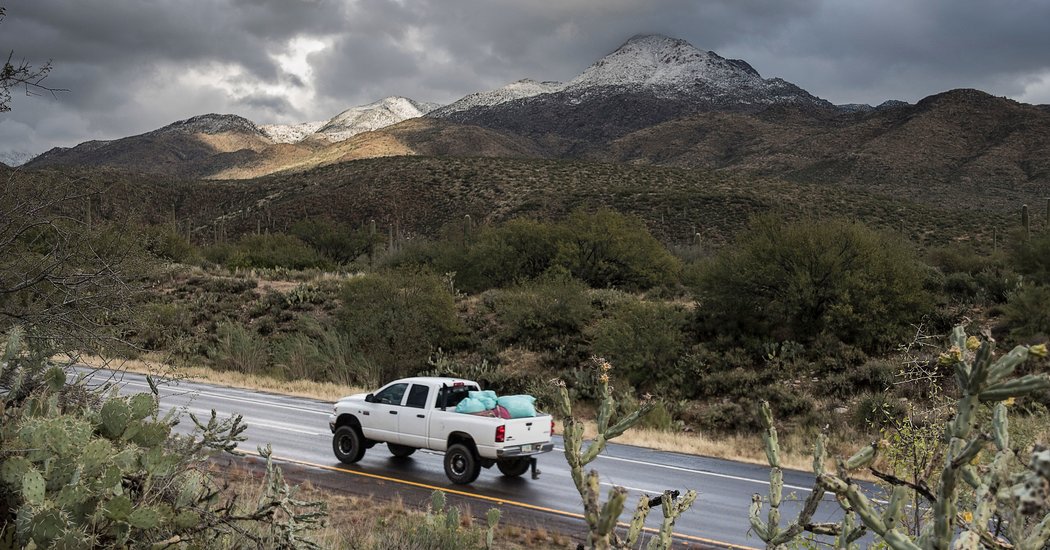 The authorities in Arizona were searching on Friday for three children after a vehicle in which nine people were riding was swept away in a flooded creek in Gila County, officials said.

The Gila County Sheriff’s Office responded at around 4 p.m. to a call about a vehicle with seven children and two adults that became stuck in Tonto Creek while trying to cross the road over it near the community of Tonto Basin, Undersheriff Mike Johnson said Friday night.

Four children and one adult were later rescued from a sandbar, he said. One woman was “rescued from the shore,” according to a statement released by the sheriff’s office.

Multiple agencies, including the neighboring Maricopa County Sheriff’s Office, were helping with the search for the missing children.

The authorities did not release the names or ages of the missing children and the people who were rescued. The authorities could not fully describe the vehicle because it was partly submerged in the creek.

Tonto Creek is about 200 miles east of Phoenix.

Three crossings for Tonto Creek were closed earlier in the day because of flooding, Undersheriff Johnson said. It was unclear Friday night whether the road was closed when the vehicle tried to cross.

“I think the creek was running at about 2,000 cubic feet per second when this happened,” he said, adding that it’s a “pretty swift current.”

Many roads across the state were shut down Thursday because of heavy rain and snow, with lingering effects into Friday.

Undersheriff Johnson said the snowfall in higher elevations, coupled with rain that the storm brought to the valley, caused the creek to “run at a higher-than-normal rate.”

“It’s not uncommon for that creek to rise during storms like this,” he said.