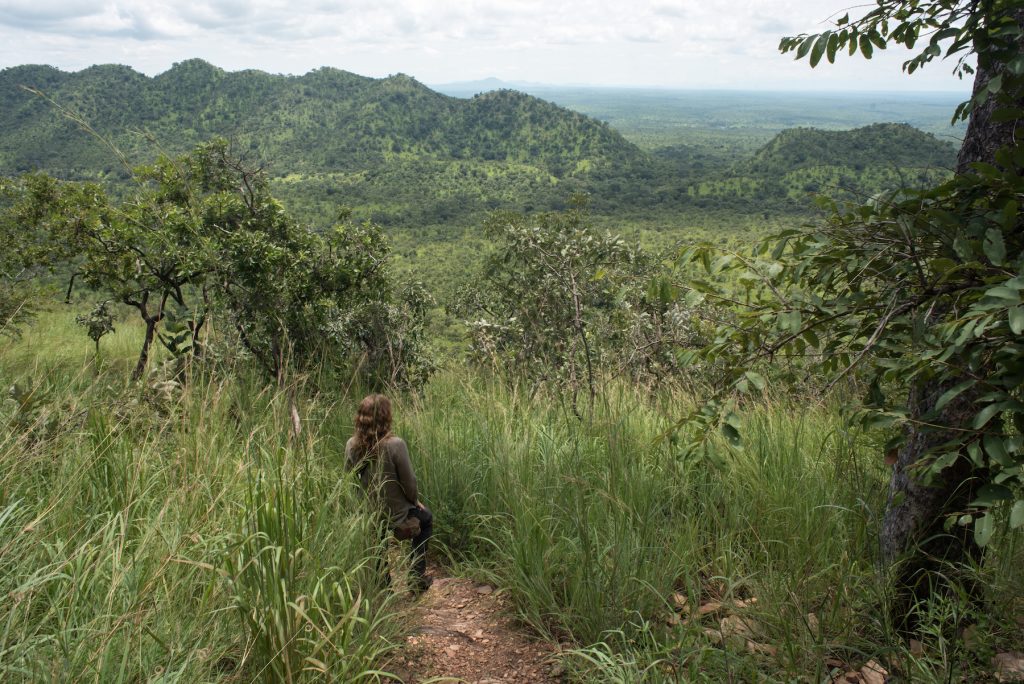 In August, fellow reporter Jason Patinkin and I crossed on foot from northern Uganda into rebel-held South Sudan. Over the course of four days, we walked more than 40 miles through the bush, escorted by rebel soldiers, to shed light on one of the world’s most underreported conflicts.

Reporting on South Sudan’s war, which began in 2013, has always been a challenge due to the risk and logistical hurdles associated with accessing remote areas where fighting takes place. But over the past year, covering the war and its humanitarian fallout has become particularly difficult. Since the beginning of this year, South Sudan’s government has banned at least 20 foreign journalists in an apparent effort to silence reporters who had a track record of critically reporting on the government.

This systematic crackdown on the foreign press (South Sudanese journalists have long risked imprisonment and death for doing their work) coincided with two important developments. In November 2016, the United Nations warned that the violence being committed against civilians in the southern region of Equatoria risked spiraling into genocide. Then, in February, the UN declared a man-made famine, warning that 100,000 people were at risk of starving to death as a result of civil war.

Journalists seeking to cover these events were left with two equally unsavory options: self-censorship or a risky trip to rebel-held parts of the country. Only a handful of journalists have attempted the latter since fighting escalated in July last year. For us, this was our second embed with the rebels this year.

We set off from a town in northern Uganda at five in the morning, bouncing along a bumpy dirt track towards the South Sudan border. Crammed into our four-wheel drive were rebel commander Martin Abucha, a dual American and South Sudanese citizen who we planned to profile for our PBS NewsHour Weekend segment, a couple of guides, and several duffle bags stuffed with our tents, sleeping bags, emergency medical kits and provisions to last us four days.

Just as the sun began to rise above a distant range of hills that we aimed to cross later that day, our car came to a halt in front of a stream. Because of the rainy reason, it carried more water than usual. It was time to disembark and start walking, or “footing,” as South Sudanese tend to call it.

We took off our shoes and waded through the stream’s chilly waters. This was the first of a many rivers we’d have to cross along the way, either on foot or in small flimsy canoes dug out from tree trunks. Each time, we dreaded the idea of falling in with our camera gear.

The war has had a devastating impact on South Sudanese communities, but much of it has remained out of the limelight of international media.

The first part of our journey in northern Uganda felt very much like a hike through a national park. Passing beautiful landscapes and idyllic farming villages, one could almost forget we were headed into a war zone — but we were about to get a reality check.

We had just crossed into South Sudan when out of nowhere, two dozen armed men popped out of the tall grass and surrounded us at gunpoint.

“Stop! Who are you and where are you going,” a soldier called out in Juba Arabic from his hideout no more than 20 yards away, pointing his AK47 at us. Another one next to him had a rocket-propelled grenade propped on his shoulder, also unequivocally aiming it in our direction.

Instinctively, we threw our hands in the air and exchanged a baffled glance. Had we accidentally bumped into government soldiers? Or perhaps we had come onto the “wrong” rebels? Abucha’s group, called the Sudan People’s Liberation Army In Opposition, is the biggest but not the only armed group in Equatoria, an area rife with rival militia and bandits who exploit the security vacuum left by war.

To our relief, and only after Abucha answered a series of questions, this routine security check quickly gave way to a warm welcome. The platoon would be our escort for the next four days as we trekked to their base and to Loa, Abucha’s hometown.

Keeping up with the rebels was no easy task. Given the country’s pervasive lack of basic infrastructure, South Sudanese grow up walking for dozens of miles just to go about their daily lives. For sedentary Westerners, keeping the target pace of “two meters per second” (around five miles an hour) proved challenging amid 90-degree temperatures, all while filming and plowing our way through dense, itchy elephant grass.

The upside of the cumbersome terrain was that it kept us safe. During our four-day trip, we didn’t cross a single road, instead walking along a dizzying network of narrow bush paths the rebels seemed to know like the backs of their hands. An unwanted encounter with government troops, who tended to stick to roads and move around in vehicles as opposed to on foot, was highly unlikely.

The closest we got to government-controlled area was a visit to Loa, located just two kilometers away from a main road frequently patrolled by government soldiers. We couldn’t stay long, but the hour we spent on the ground offered us a glimpse into what villages must look like in many parts of Equatoria: burned mud huts, looted schools and clinics, fallow fields and – most strikingly – no civilians.

The war has had a devastating impact on South Sudanese communities like the one in Loa, but much of it has remained out of the limelight of international media. Our four-day venture into rebel-held South Sudan offered us a rare opportunity to report ground truths, and we are thankful for that.